… so the worst is yet to come. Finally the people in the US are waking up:
– Up To Two Million March to US Capitol Protesting Obama’s Spending

… looks like nobody is waking up in the UK:
– Britain ‘may be forced to bail out tax havens’:
Senior insiders say early drafts of Foot’s report suggest that the government may need to make provisions for the financial failure of British tax havens. Experts suggest the failure of a major tax haven could potentially cost the UK tens, if not hundreds, of millions of pounds.

Britain is bailing out everybody with taxpayer money and there are no signs of real protest. 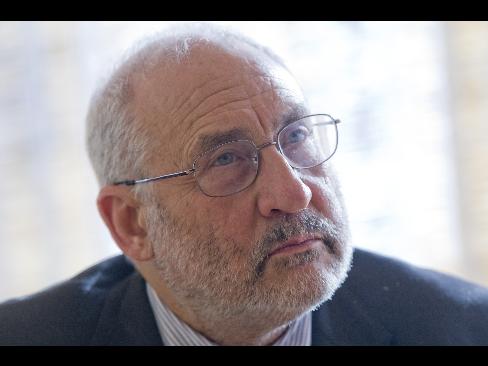 Sept. 13 (Bloomberg) — Joseph Stiglitz, the Nobel Prize-winning economist, said the U.S. has failed to fix the underlying problems of its banking system after the credit crunch and the collapse of Lehman Brothers Holdings Inc.

“In the U.S. and many other countries, the too-big-to-fail banks have become even bigger,” Stiglitz said in an interview today in Paris. “The problems are worse than they were in 2007 before the crisis.”

Stiglitz’s views echo those of former Federal Reserve Chairman Paul Volcker, who has advised President Barack Obama’s administration to curtail the size of banks, and Bank of Israel Governor Stanley Fischer, who suggested last month that governments may want to discourage financial institutions from growing “excessively.”

A year after the demise of Lehman forced the Treasury Department to spend billions to shore up the financial system, Bank of America Corp.’s assets have grown and Citigroup Inc. remains intact. In the U.K., Lloyds Banking Group Plc, 43 percent owned by the government, has taken over the activities of HBOS Plc, and in France BNP Paribas SA now owns the Belgian and Luxembourg banking assets of insurer Fortis.

While Obama wants to name some banks as “systemically important” and subject them to stricter oversight, his plan wouldn’t force them to shrink or simplify their structure.

Stiglitz said the U.S. government is wary of challenging the financial industry because it is politically difficult, and that he hopes the Group of 20 leaders will cajole the U.S. into tougher action.

“We aren’t doing anything significant so far, and the banks are pushing back,” he said. “The leaders of the G-20 will make some small steps forward, given the power of the banks” and “any step forward is a move in the right direction.”

G-20 leaders gather next week in Pittsburgh and will consider ways of improving regulation of financial markets and in particular how to set tighter limits on remuneration for market operators. Under pressure from France and Germany, G-20 finance ministers last week reached a preliminary accord that included proposals to claw-back cash awards and linking compensation more closely to long-term performance.

“It’s an outrage,” especially “in the U.S. where we poured so much money into the banks,” Stiglitz said. “The administration seems very reluctant to do what is necessary. Yes they’ll do something, the question is: Will they do as much as required?”

Stiglitz, former chief economist at the World Bank and member of the White House Council of Economic Advisers, said the world economy is “far from being out of the woods” even if it has pulled back from the precipice it teetered on after the collapse of Lehman.

“We’re going into an extended period of weak economy, of economic malaise,” Stiglitz said. The U.S. will “grow but not enough to offset the increase in the population,” he said, adding that “if workers do not have income, it’s very hard to see how the U.S. will generate the demand that the world economy needs.”

The Federal Reserve faces a “quandary” in ending its monetary stimulus programs because doing so may drive up the cost of borrowing for the U.S. government, he said.

“The question then is who is going to finance the U.S. government,” Stiglitz said.