Related articles:
– China’s view on the US dollar and the price of gold
– Gold shines as China dumps US dollar
– Hong Kong pulls all gold reserves from depositories in London 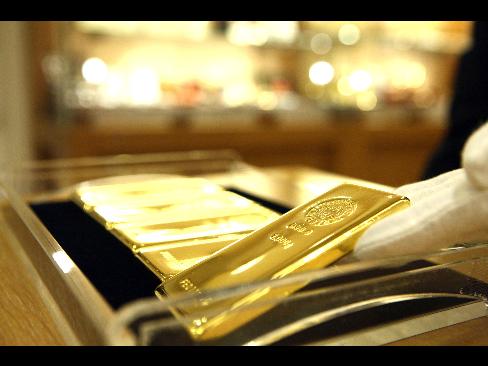 Sept. 8 (Bloomberg) — Gold rose to the highest price since March 2008, topping $1,000 an ounce, while silver climbed to a 13-month high as a weaker dollar and concern that inflation may accelerate boosted the appeal of precious metals.

Bullion surged to $1,009.70 on the New York Mercantile Exchange’s Comex division, taking this year’s gain to as much as 14 percent. Gold futures, which reached a record $1,033.90 in March 2008, are headed for a ninth annual gain. Crude oil and all six industrial metals on the London Metal Exchange rallied as the U.S. Dollar Index fell as much as 1.2 percent to an 11-month low. Raw materials typically move inversely to the U.S. currency.

Governments have cut interest rates and boosted spending to fight the worst recession since World War II, spurring investors to buy bullion as a hedge against the prospect of accelerating inflation and debasement of currencies. Gold, silver and palladium holdings in exchange-traded funds have reached records.

“The market thinks inflation is coming,” Leonard Kaplan, the president of Prospector Asset Management in Evanston, Illinois, said by telephone. He has been trading gold for more than 30 years. “With interest rates so low, money is chasing money and the dollar is getting murdered.”

Gold may reach a new record within five sessions and “it’s possible” that it will touch $1,200 within weeks, Kaplan said. “Markets think that the Fed isn’t going to withdraw stimulus money fast enough and that would cause inflation.”

Gold may be cementing its status as a haven investment as governments seek to flood the financial system with cash in an effort to haul the global economy out of a recession.

“We don’t see any immediate recovery in the dollar and gold is one of the better alternatives,” said Bernard Sin, the head of currency and metals trading at bullion refiner MKS Finance SA in Geneva. “From here, the next technical level is $1,040, and at the rate it’s going, it might not be difficult. There’s a lot of new money coming into gold.”

The dollar index has declined for three straight sessions, dropping as low as 77.047, the lowest since Sept. 29. The gauge has slipped 5 percent this year.

“Gold can push much higher, especially if confidence in the dollar continues to recede,” Edward Meir, an MF Global Ltd. analyst in Darien, Connecticut, said today by e-mail. “In fact, adjusted for inflation going back to 1980, values should be around $2,500 an ounce.”

Other precious metals have outperformed gold this year.

“The reasons to own gold as an investment make sense,” Sydney-based Greg Gibbs, a Royal Bank of Scotland Group Plc strategist, said in advance of the metal’s gain to $1,000 today. “It is a hedge against policy makers losing control of fiscal and quantitative monetary policies.”

U.S. President Barack Obama has increased the nation’s marketable debt to an unprecedented $6.78 trillion as he borrows to spur the world’s largest economy. Goldman Sachs predicts that the U.S. will sell about $2.9 trillion of debt in the two years ending September 2010.

Crude-oil futures, used by some investors as an inflation- outlook guide, have soared 59 percent this year. Consumer prices will rise 0.9 percent in advanced economies next year compared with 0.1 percent gain in 2009, the International Monetary Fund forecast in July.

Gold at more than $1,000 may attract more investors seeking to take advantage of the longest advance in the metal’s price in 60 years. Assets in some of the industry’s largest exchange- traded funds have reached all-time highs the past few months.

The SPDR Gold Trust, the biggest ETF backed by the metal, reached a record 1,134.03 metric tons on June 1. The fund, which held 1,077.63 tons as of Sept. 4, has overtaken Switzerland as the world’s sixth-largest gold holding. Bullion held in ETF Securities Ltd.’s exchange-traded products added 6,640 ounces to a record 8 million ounces (248.8 tons) yesterday, its Web site showed.

The company’s silver holdings increased 0.9 percent to an all-time high of 20.516 million ounces, while palladium assets rose 1 percent to a record 456,953 ounces.

Gold prices may reach a short-term peak of $1,050 and retreat to the “mid-$700s” by year-end, said Miguel Perez- Santalla, a Heraeus Precious Metals Management sales vice president in New York. “I am a bear” on gold, he said.

“The market keeps talking inflation, but the price of gold is already inflated,” Perez-Santalla said. “I won’t put my money into gold, and I know many traders and their families that are rummaging their jewelry looking for scrap to sell to take advantage of these high prices.”

1 thought on “Gold Jumps to 18-Month High on Weaker US Dollar, Inflation Outlook”