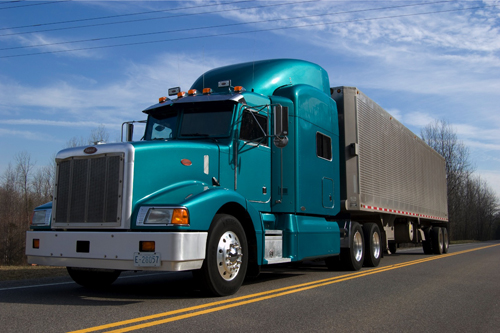 Another photo of a truck that was just released.

The idea of nuclear weapons being carted around in our highways, cities and neighborhoods doesn’t really put one’s mind at ease.

However, the government has been transporting seriously dangerous stuff like enriched uranium and plutonium secretly without public warning.

Friends of the Earth through the Freedom of Information Act has forced the Department Of Energy to release color photos of the trucks used to transport weapons. According to FOE, these are the first of such pictures that have been released in many years.

Tom Clements, Southeastern Nuclear Campaign Coordinator with Friends of the Earth in Columbia, South Carolina made the following statement about the importance of the release of the photos.

“The trucks carrying nuclear weapons and dangerous materials such as plutonium pass through cities and neighborhoods all the time and the public should be aware of what they look like. Release of these photos will help inform the public about secretive shipments of dangerous nuclear material that are taking place in plain view.”