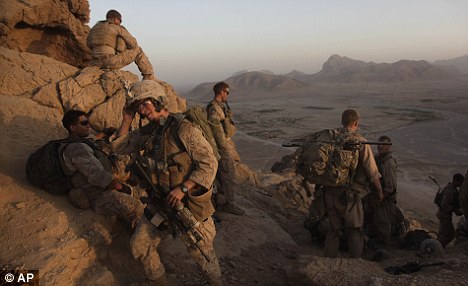 Hundreds of soldiers from a leading infantry regiment are to be sent to the frontline in Afghanistan with just six weeks’ specialised battlefield training – instead of the usual minimum of six months.

It is believed to be the first time the Army has allowed men to put their lives on the line with so little preparation for the tough fighting conditions against the Taliban.

The training cutback led to claims last night that soldiers’ lives could be put at risk as a result.

Officers in charge of the 400 soldiers from the 1st Battalion, Royal Anglian Regiment, are being recalled from leave early next week to prepare and plan for their men to deploy to Helmand province at the end of October.

But the main body of men –70 per cent of them young soldiers who have not been deployed to Afghanistan before – will not begin their battle training until the second week of September.

That leaves just six weeks for them to be fighting-fit and gain the specialised skills and knowledge required to take on a war that has resulted in the deaths of 206 British soldiers since 2001.

The Royal Anglians are being drafted in to bolster numbers of the 5,000-strong 11 Brigade. It replaces 19 Brigade as the main British force in Helmand at the end of October.

The 1st Battalion, Royal Anglians, were last in Afghanistan 18 months ago. Since then, they have been helping to train other troops and have not worked together as a cohesive military unit.

Now, because of a manpower crisis – caused by the Army being 5,000 troops short of full manning plus injuries, deaths and soldiers on sick leave – senior Army sources say the MoD has been forced to slash the training programme to a quarter of its normal duration.

One senior source said: ‘This is a panic measure as we do not have sufficient battle-ready troops.

‘Six months is the minimum required to bring troops up to battlefield readiness.’

Tory MP Patrick Mercer, a former infantry commanding officer, said last night: ‘This shows the desperate shortage of combat troops in the Army. The Royal Anglians have been hit harder than most units and need the time to be readied for battle.

‘The MoD must come clean about the manning crisis in the infantry and stop robbing Peter to pay Paul.’

‘They are at a high level of readiness. No troops are ever deployed without full training.’