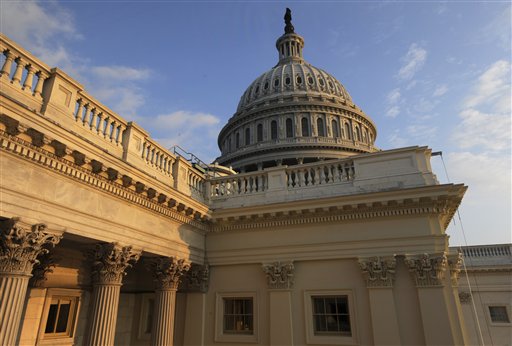 It took a record 224 days for the individual American taxpayer to meet his or her share of the cost of government in 2009, a taxpayer watchdog group has calculated. (AP Photo)

“Cost of Government Day” this year fell on Wednesday, August 12, according to Americans for Tax Reform, the conservative group that calculates when the day occurs.  Cost of Government Day is the day in the year when the American people have earned enough income to pay the total cost of the spending and regulatory burden imposed by government at the federal, state, and local level.

The August 12 date is 26 days later than Cost of Government Day came last year, when it fell on July 16.

In fact, this is the first time the day has fallen in August. Until this year, July 20 was the latest date marking Cost of Government Day. That happened in 1982.

The day takes into account all taxes paid to all levels of government as well as the costs of complying with all federal, state, and local government regulations. ATR calculates that in 2009, the cost of government will consume 61.34 percent of national income.

Those costs are detailed in a 45-page report authored Monika Ciesielska, a fellow at ATR’s Center for Fiscal Accountability.

“In 2009, federal spending has expanded by almost one trillion dollars, mostly due to the Troubled Asset Relief Program (TARP) and the American Recovery and Relief Act of 2009, passed under the guise of economic stimulus,” Ciesielska said in her report.

“We have calculated that had Congress not passed the Emergency Economic Stabilization Act of 2008 that created TARP, Cost of Government Day would have fallen on July 25. That means that it would have been 18 days earlier.”

Ciesielska noted that Cost of Government Day 2009 would have fallen about ten days earlier without stimulus-related expenditures.

Grover Norquist, president of ATR, said it’s no surprise that Cost of Government Day is taking longer and longer to reach.  “In last year’s report, we cautioned that the looming entitlement crisis and efforts to drastically increase regulations were threatening to move Cost of Government Day later into the year,” Norquist said in a message on ATR’s Web site. “However, no one could have foreseen the magnitude of the federal spending spree which was to begin in the second half of 2008, and has not abated since.”

According to ATR, “The recent federal spending spree paints a bleak picture for taxpayers. It started with the passage of the financial market bailout and continued with the “stimulus,” the $410 billion earmark-stuffed “omnibus,” the $3.55 trillion budget, and more bailouts leading to current threats of a national energy tax and a government takeover of health care.”

ATR noted with satisfaction the growing grass-roots movement–including so-called Tea Parties–that are pushing for increased transparency and accountability around the country.

The three states with the greatest cost-of-government burdens are Connecticut, New Jersey, and New York.

Connecticut taxpayers must work until Sept. 7 to pay off their government-imposed obligations. Alaska, by contrast, has the earliest Cost of Government Day–July 11.