– Bob Dylan picked up by police after officer fails to recognise him (Telegraph):

The 22-year-old officer was dispatched after residents in the New Jersey town of Long Branch had phoned to complain that a man in the Latin quarter was acting suspiciously.

When the officer asked the man for identification papers, he did not have a driving licence or other form of ID to prove his identity. 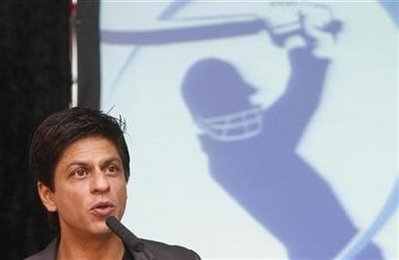 MUMBAI (Reuters) – Indian Bollywood star Shah Rukh Khan said he felt angry and humiliated after he was detained and questioned at a U.S. airport, sparking an uproar in India among his fans.

Khan, 43, one of India’s best known actors, was enroute to Chicago for a parade to mark the Indian independence day on Saturday when he was pulled aside at Newark airport Friday, he said.

“I was really hassled perhaps because of my name being Khan. These guys just wouldn’t let me through,” he said in a text message to reporters in India.

After a couple of hours’ interrogation, he was allowed to make a call, he said, and he got in touch with the Indian consulate who vouched for him and secured his release.

“Absolutely uncalled for, I think. I felt angry and humiliated,” said Khan, who had just finished a month-long shoot in the United States for his upcoming film “My Name is Khan,” which is about a Muslim man’s experience with racial profiling.

A U.S. consul official in India told a television channel they were inquiring into the matter.

As news of Khan’s detention broke on Indian television channels, which have played up attacks in Australia on Indian students, fans and actors began posting angry comments on the Internet.

Indian Information Minister Ambika Soni told a television station that while she could not say if Khan had been detained “on religious grounds, there have been too many instances like these in the U.S. concerning Indians.”