I expect the next leg down in the markets any time soon.

After all those banks have invested their bailout/taxpayer money in the stock market it is about time that investors are coming back to their senses and take a look at the fundamentals, realizing that the Fed and the US government have just created another even bigger bubble. Now we have even several bubbles that are about to burst.

The biggest Ponzi scheme in the world is run by the Federal Reserve and not by China.

The Baltic Dry Index is an excellent indicator, because it can’t be (that easily) manipulated.

China is also in trouble, partly because it has also applied the dead wrong US bailout/stimulus policies, but when the world realizes that the US has entered into the Greatest Depression, China – or better China’s elite – will greatly benefit from that.
The people will of course suffer.

China has effectively ‘written off’ its investment in US Treasuries. China is not stupid.

(Note: This is not an investment advice.)

China’s loan growth plunged in July while exports fell 23pc from a year ago after grinding lower for nine months as consumers in the West tighten their belts further. 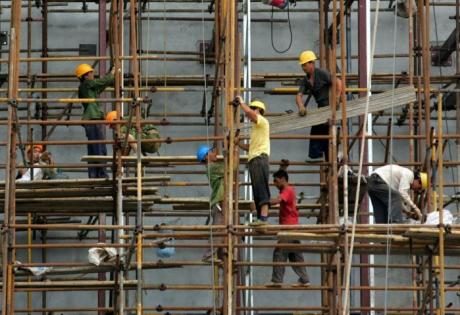 Can the world rely on China’s growth miracle to power recovery?

The data raise fresh doubts about the strength of global trade and whether the world can rely on China’s growth miracle to power recovery.

Separately, the Baltic Dry Index – measuring freight rates for bulk goods – has tipped over, dropping 25pc since late July. The shipping figures buttress reports that China has stopped building up stocks of metals and other commodities after a spate of frantic buying over the early summer.

(China does not have stopped building up stocks of metals and other commodities. It is also buying mining companies or at least stakes in them.
– Coal Miner in Australia Agrees to Chinese Bid (New York Times)
– China Hunger for Australia’s Minerals Undeterred by Hu Dispute (Bloomberg)
That trend will continue, because it is China’s best way to diversify itself further away from the soon to be worthless US dollar. 🙂 )

China’s central bank said loan growth fell to $52bn (£31bn) from $248bn a month earlier, although it is too early to tell whether Beijing has begun to rein in credit after the explosion of bank loans in the first half of the year.

The loan figures are being watched closely by analysts and traders in the City. Excess liquidity in China has been a key driver of global markets since the rally began in March.

Beijing is walking a tightrope by trying to offset the collapse in exports – almost 40pc of GDP – with an investment blitz in roads, railways, and industry through state-owned companies.

The real economy cannot absorb the money, so it is leaking into asset speculation. The central bank estimates that 20pc of fresh credit has ended up in equity markets. The Shanghai index is up 80pc this year, though profits have fallen by almost a third. The pattern echoes the final phase of Japan’s Nikkei bubble in 1989.

“China is a big fat tail risk for world markets,” said Hans Redeker, currency chief at BNP Paribas. “Shanghai equities have reached the same extreme as in late 2007. The country will have to cut credit growth, and when this happens, Shanghai equities and commodities will suffer. That is what could bring this global rally to a halt.”

China Construction Bank, the number two lender, is cutting loans by 70pc over the second half of the year. “We noticed that some loans didn’t go into the real economy. Housing prices are rising too fast,” said the bank’s president, Zhang Jianguo.

Andy Xie, a leading consultant, said China’s boom was a “giant Ponzi scheme” that was likely to “bring very bad consequences” for the country.

“The stock market is in a final frenzy again. The most ignorant retail investors are being sucked in by rising momentum,” he said. Equities are overvalued by 50pc to 100pc.

Mr Xie, who wrote his doctoral thesis on Japan’s bubble in the 1980s, said China’s ratio of property prices to incomes is seven times higher than in the US. It costs three months’ salary per square meter of space – arguably the highest in the world – though tower blocks are sitting empty. Prices are being propped up by state enterprises, abetted by local Communist bosses.

Mr Xie said Chinese booms and busts follow a political rythmn. There is a deeply-rooted belief that the authorities can keep the game going – the “Panda put”, China’s answer to the “Greenspan Put” – and that the Communist Party will not let the rally fizzle before the 60th anniversary of the revolution on October 1. This belief is self-fulfilling, for a while.

Mr Xie expects China’s rally to falter around October, followed by fresh shots of liquidity before the economy falls into a deeper slump by 2012. “Property prices could drop like Japan’s in the last two decades, which would destroy the banking system,” he said.

Mr Xie said China’s asset boom is the flip-side of the weak US dollar. US monetary stimulus is in effect leaking across the Pacific. Bust will follow when the dollar rallies, draining liquidity again. If the Fed tightens abruptly as it did under Paul Volcker in the early 1980s, the denouement could be painful for China.

Beijing deserves praise for trying to switch reliance from exports towards the domestic economy. It has had some success. Retail sales have risen 15pc over the last year. But Professor Michael Pettis from Beijing University said it is proving very hard to induce the Chinese to alter their spending habits. The cultural barriers will take years to overcome.

Instead, the stimulus is feeding more industrial investment, leading to more excess capacity worldwide. While Chinese GDP continues to grow near 8pc, this is based on output. In the West, GDP growth is based on spending. These two definitions are chalk and cheese.

The underlying story has not changed. The East-West imbalances that lay behind the Great Recession of 2008-2009 are getting worse, not better.