State to spy on parents, make sure kids go to bed on time, attend school 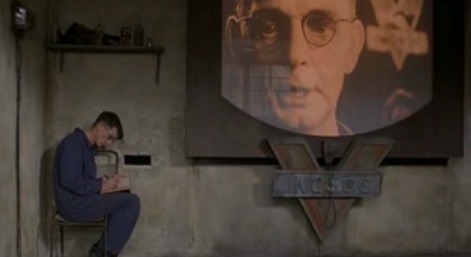 The UK government is about to spend $700 million dollars installing surveillance cameras inside the private homes of citizens to ensure that children go to bed on time, attend school and eat proper meals.

No you aren’t reading a passage from George Orwell’s 1984 or Aldous Huxley’s Brave New World, this is Britain in 2009, a country which already has more surveillance cameras watching its population than the whole of Europe put together.

Now the government is embarking on a scheme called “Family Intervention Projects” which will literally create a nanny state on steroids, with social services goons and private security guards given the authority to make regular “home checks” to ensure parents are raising their children correctly.

Telescreens will also be installed so government spies can keep an eye on whether parents are mistreating kids and whether the kids are fulfilling their obligations under a pre-signed contract.

Around 2,000 families have been targeted by this program so far and the government wants to snare 20,000 more within the next two years. The tab will be picked up by the taxpayer, with the “interventions” being funded through local council authorities.

Another key aspect of the program will see parents deemed “responsible” by the government handed the power to denounce and report bad parents who allow their children to engage in bad behavior. Such families will then be targeted for “interventions”.

Both parents and children will also be forced to sign a “behavior contract” with the government known as Home School Agreements before the start of every year, in which the state will dictate obligations that it expects to be met.

The opposition Conservative Party, who are clear favorites to win the next British election, commented that the program does not go far enough and is “too little, too late.”

Respondents to a Daily Express article about the new program expressed their shock at the totalitarian implications of what is unfolding in the United Kingdom under the guise of social services initiatives.

“Sorry, but what the hell? Why are people not up in arms about this?,” writes one, “This is a complete invasion of privacy, and it totally ignores the fact that the state does NOT own kids. It’s not up to them how parents choose to raise their children, as long as the parents do not actively harm them. Why on earth aren’t the public rioting? It’s completely anathema to basic British freedoms.”

“Excuse me!?! What an incredible intrusion into the privacy of a family! George Orwell must be spinning in his grave right now,” writes another.

“I have one comment to make: it completely violates Article 8 of the European Convention on Human Rights (Human Rights Act 1998). Has this minister and his lackies even done any basic homework on basic human rights and civil liberties? Or rather they’ve just decided to completely ignore them,” adds another.

The move to install surveillance cameras inside private homes is also on the agenda across the pond. In February 2006, Houston Chief of Police Harold Hurtt said cameras should be placed inside apartments and homes in order to “fight crime” due to there being a shortage of police officers.

“I know a lot of people are concerned about Big Brother, but my response to that is, if you are not doing anything wrong, why should you worry about it?” Chief Hurtt told reporters.

Andy Teas with the Houston Apartment Association supported the proposal, saying privacy concerns would take a back seat to many people who would, “appreciate the thought of extra eyes looking out for them.”

If such programs come to fruition and are implemented on a mass scale then the full scope of George Orwell’s depiction of a totalitarian society is his classic novel 1984 will have been realized.

The following passage is from Orwell’s 1984;

The telescreen received and transmitted simultaneously. Any sound that Winston made, above the level of a very low whisper, would be picked up by it, moreover, so long as he remained within the field of vision which the metal plaque commanded, he could be seen as well as heard. There was of course no way of knowing whether you were being watched at any given moment. How often, or on what system, the Thought Police plugged in on any individual wire was guesswork. It was even conceivable that they watched everybody all the time. But at any rate they could plug in your wire whenever they wanted to. You had to live – did live, from habit that became instinct – in the assumption that every sound you made was overheard, and, except in darkness, every movement scrutinized.