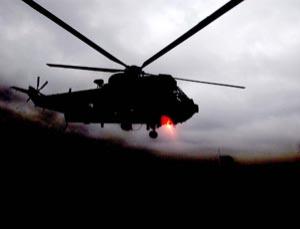 THE Pentagon’s enthusiasm for non-lethal crowd-control weapons appears to have stepped up a gear with its decision to develop a microwave pain-infliction system that can be fired from an aircraft.

The device is an extension of its controversial Active Denial System, which uses microwaves to heat the surface of the skin, creating a painful sensation without burning that strongly motivates the target to flee. The ADS was unveiled in 2001, but it has not been deployed owing to legal issues and safety fears.

Nevertheless, the Pentagon’s Joint Non-Lethal Weapons Directorate (JNLWD) in Quantico, Virginia, has now called for it to be upgraded. The US air force, whose radar technology the ADS is based on, is increasing its annual funding of the system from $2 million to $10 million.

The transmitting antenna on the current system is 2 metres across, produces a single beam of similar width and is steered mechanically, making it cumbersome. At the heart of the new weapon will be a compact airborne antenna, which will be steered electronically and be capable of generating multiple beams, each of which can be aimed while on the move.

The new antenna will be steered electronically and is capable of generating multiple heat beams.

The ADS has been dogged by controversy. Jürgen Altmann, a physicist at Dortmund University in Germany, showed that the microwave beams can cause serious burns at levels not far above those required to repel people. This was verified when a US airman was hospitalised with second-degree burns during testing in April 2007.

The airborne version will not make it any less contentious. “Independent of the mode of production, with this size of antenna the beam will show variations of intensity with distance – not just a simple decrease – up to about 500 metres,” says Altmann. Shooting it on the move with any accuracy will be difficult, he adds.

Dave Law, head of the technology division of the JNLWD, says the new antenna will operate at the lowest possible effective power level and will have a sophisticated automated target-tracking system.

In a recent cost-benefit analysis, the US Government Accountability Office rated the ADS worst out of eight non-lethal weapons currently in development.