Don’t miss: Swine flu vaccine to be cleared after five-day trial !!! (The Times)

The NHS is preparing to vaccinate the entire population against swine flu. 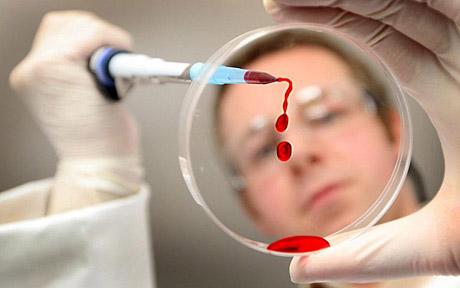 As many as 20 million people could be inoculated before the end of the year Photo: PA

It comes after an Essex man was confirmed on Friday as the first person without underlying health problems to have died from the virus.

Ministers have secured up to 90 million doses of the vaccine, which is expected to arrive in Britain in the next few weeks, and the rest of the population is likely to be offered vaccinations next year.

The UK government has ordered enough vaccine to cover the entire population. GPs are being told to prepare for a nationwide vaccination campaign.

Peter Holden, the British Medical Association’s lead negotiator on swine flu, said GPs’ surgeries were ready for one of the biggest vaccination campaigns in almost 50 years.

“If this virus does [mutate], it can get a lot more nasty, and the idea is to give people immunity. But the sheer logistics of dealing with 60m people can’t be underestimated,” he said.

The health department said a vaccination programme would be drawn up based on expert advice.

Details of the inoculation plans emerged after the death of a patient, reportedly a middle-aged man, at a hospital in the Basildon area of Essex.

The victim had no underlying health problems, but officials say there is no evidence the swine flu virus had mutated into a more dangerous strain and that most people with the virus had only mild symptoms.

A spokeswoman for the Department of Health said: “Offering vaccination against swine flu has always been part of our plans in order to protect as many people as possible. The Department of Health has now signed contracts with manufacturers to supply enough vaccine for the whole population once it has been developed.

“We expect the first batches of vaccines to arrive by early autumn, with around 60 million doses available by the end of the year – enough for 30 million people to be vaccinated – with more following after that.

“Administering vaccines will need to be prioritised and we will make a decision on this when we know more about the risk profile. This virus is still generally mild in the majority of people. However, it can be more severe in some cases and as with all ‘flu-like viruses, some people are at higher risk than others. Ordering the vaccine, together with our stockpile of antivirals, reflects our significant preparation.”

There are alternatives: Homeopathy Successfully Treated Flu Epidemic of 1918