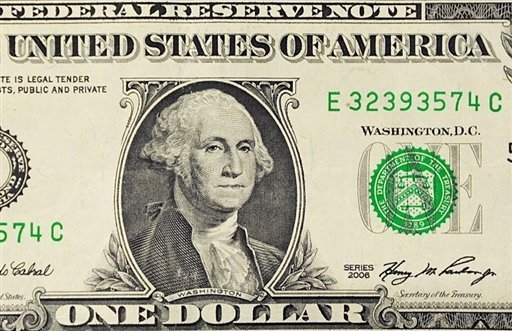 L’AQUILA, Italy (AFP) — Leaders from some of the biggest economic powers put the dollar’s continuing dominance of post-war global finance into question at the G8 summit as calls grow for alternatives.

At the gathering in Italy, which wraps up on Friday, French President Nicolas Sarkozy joined China and a band of mostly emerging powers in calling for an end to the dollar’s reign as the international currency of reference.

“We cannot stick with just one single currency,” the French leader said at the summit in L’Aquila, central Italy.

China also used the G8 summit, which was opened up to leaders from major emerging economies, to stage a fresh attack on the dollar after repeated recent calls for the global currency system to be diversified.

Speaking on the sidelines of talks between the G8 powers and major emerging economies here, a Chinese official said on Thursday that Beijing adviser Dai Bingguo had urged world leaders “to improve the international monetary system.”

Backed by the world biggest economy, the dollar has enjoyed the status of international currency of choice since the end of World War II, by far the most widely used currency for foreign exchange reserves and business invoicing.

China, which has amassed the world’s biggest foreign exchange reserves totalling 1.95 trillion dollars at the end of March, is growing concerned that Washington’s exploding debt could threaten the stability of the dollar, and therefore its vast dollar holdings.

Beijing and Moscow have repeatedly argued that the dominance of the US dollar as the world’s main reserve currency and in foreign exchange is a destabilising factor in the global economy and have called for reform.

Sarkozy lamented that “we’ve still got the Bretton Woods system of 1945,” referring to the historic conference in New Hampshire that laid the foundation for post-war finance centred around the dollar.

“Frankly, 60 years afterwards we’ve got to ask: shouldn’t a politically multipolar world correspond to a economically multi-currency world?” he said.

However, his views were not shared by other rich-world leaders at the summit such as German Chancellor Angela Merkel who said that dropping the de facto dollar standard “currently has no practical relevance.”

British Prime Minister Gordon Brown also played down the upsurge against the dollar, saying on Thursday that there had been “no real discussion” of the subject at the summit.

“In this present situation as we’re trying to get out of a deep recession, I don’t want to give the impression that there is some major change about to happen around the corner that suggests that the present arrangements are destabilised.”

Investment strategist Christopher Wood at pan-Asian merchant bank CLSA said that growing calls for currency diversification was not so far translating into acts.

He said that the dollar’s share of official foreign exchange holdings reached a two-year high point of 65 percent in the first quarter of this year according to recent IMF data.

Nonetheless, he predicted with time the trend would be reversed.

“The end game of this financial crisis is the end of the US dollar paper standard as investors finally lose confidence in the endless proliferation of government guarantees. But the process will take some time.”