The recession is now on a par with the very worst year of the Great Depression. 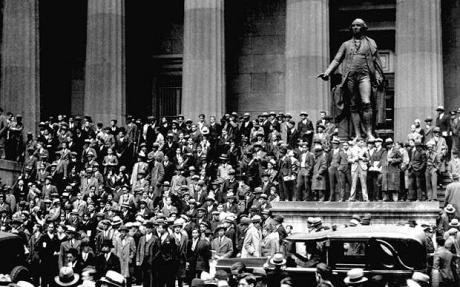 The dire state the UK is in emerged on Tuesday as revised figures uncovered the full extent of the country’s economic contraction.

The economy shrank by 4.9pc in the year to the first quarter of 2009, the Office for National Statistics said. The fall in gross domestic product was significantly greater than had previously been calculated, as Government statisticians became aware of the full scale of the fall in company activity.

“Clearly this is now the worst peacetime recession since the 1930s,” said Michael Saunders, chief UK economist at Citigroup. “The worst contraction then was a year of around -5pc; this year will not be hugely different.”

The contraction in GDP during the first quarter alone was 2.4pc, compared with previous estimates of 1.9pc, according to the ONS. This was the biggest one-quarter fall in 35 years.

Moreover, the 4.9pc annual fall was the biggest since Government records began. According to statistics compiled by economic historian Angus Maddison, the contraction was the worst since 1931 – worse than any year during the Second World War and the demobilisation that followed.

The revision was partly the result of a steeper fall in construction and services output than first thought. Economists had predicted a downward revision but not on that scale. The ONS also revealed that the recession started in the second quarter of 2008, a quarter earlier than previously thought.

Simon Hayes of Barclays Capital said that although the figures were historical, they had a direct bearing on future growth. He said: “It reinforces the message that the recent signs of ‘green shoots’ reflect a rebound from an extraordinarily sharp fall in activity earlier in the year. We continue to be cautious about seeing them as material news about the medium-term growth outlook, which is likely to be hamstrung by tight credit conditions and the need for fiscal consolidation.”

Liam Byrne, chief secretary to the Treasury, said it would not be revising its growth forecasts. “There have been some tentative signs that the fall in output is moderating and I remain confident but cautious about the prospects for the economy,” he said.

George Osborne, the shadow Chancellor, said: “We hope the recovery comes as soon as possible but sadly we now know this recession has been longer and deeper than we had thought. This also means that in the future unemployment will be higher and Labour’s debt crisis will be even worse.”

There was better news yesterday from Nationwide, which said that UK house prices rose for the third month out of the last four in June, by 0.9pc to an average of £156,442. House prices were 9.3pc lower than a year ago, marking the slowest rate of annual decline since July last year.

In a further blow for the UK, newly released figures from the International Monetary Fund showed that international investors’ enthusiasm for Britain has dimmed further, with a third consecutive decline in the proportion of sterling held by central banks and other institutions.