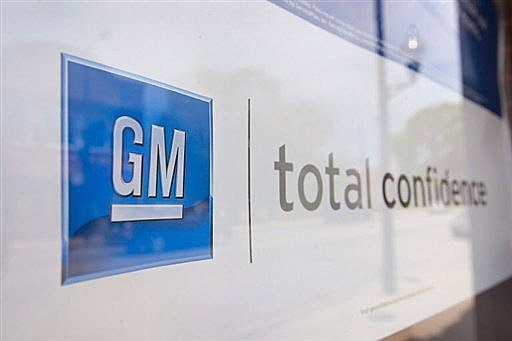 The US government will pull its support from General Motors if the automaker does not get court permission for a speedy exit from bankruptcy protection by July 10, an official testified on Wednesday.

GM is seeking court permission to sell its best assets to a new company in which the US government will get a majority stake.

Should the plan be approved in time, Wilson said the government could begin to sell its stake as early as 2010, once the new company is ready to launch a public stock offering.

Officials have said the Obama administration has no intention of nationalizing General Motors over the long term and will not be participating in its day-to-day operations.

Under intense questioning from lawyers representing creditors dissatisfied with the plan, Wilson testified that the government had determined that a speedy bankruptcy was the only way to save GM from liquidation.

GM lawyer Harvey Miller also insisted that the asset sale is the only solution.

“GM is in a losing position now, continuing to lose money in bankruptcy,” Miller said in closing arguments.

“The court has the choice between approving the sale or liquidating the company.”

Judge Robert Gerber appeared determined to plow through the objections as quickly as possible and repeatedly asked lawyers to keep their line of questioning focused on the task of salvaging the company.

Gerber could order GM to modify its plan to meet some of the 850 objections mounted by creditors or the automaker could reach last-minute deals outside of court in order to speed up the process.

Should Gerber dismiss the objections and grant GM the green light, creditors are given the right to appeal.

But the precedent established by Chrysler’s rapid-fire bankruptcy makes it unlikely they will succeed in blocking GM’s swift emergence.

GM, which filed for bankruptcy protection on June 1 after reaching agreements with its main union and the bulk of its major creditors, is said to be planning to launch the new company in mid July.

That would be well ahead of the 60 to 90 day timeframe predicted by President Barack Obama’s administration, which spearheaded the process.

Chrysler, which is about a third of the size, spent 40 days in bankruptcy protection and even an appeal to the Supreme Court did not block its sale to a new company run by Italy’s Fiat.

Like Chrysler, GM’s weaker assets will be liquidated through the New York bankruptcy court, but the new GM will not be burdened by the lengthy process.

The cost of liquidating GM’s remaining assets could surpass the 950 million dollar Treasury department estimate and could be as high as 1.2 billion, chief executive officer Fritz Henderson testified Tuesday.

The US government will own 60.8 percent of the capital in exchange for some 50 billion dollars in emergency loans, Canada will have 11.7 percent and a United Auto Workers retiree health care trust fund will hold 17.5 percent.

Creditors holding GM bonds will swap 27.1 billion dollars in debt for a 10-percent stake and warrants allowing them to buy an additional 15-percent stake.

While closing arguments could take another day, most observers consider the hearing a mere formality as the plan’s approval is expected to be assured.

1 thought on “Official: US government will pull out of GM if no deal by July 10”