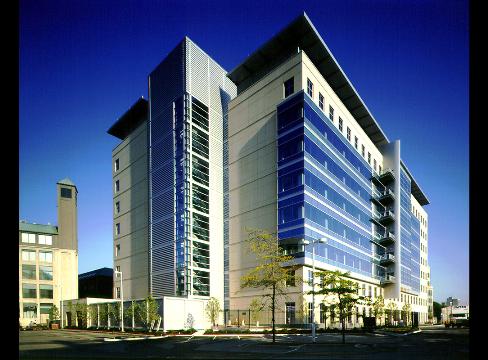 June 22 (Bloomberg) — Executives at U.S. companies are taking advantage of the biggest stock-market rally in 71 years to sell their shares at the fastest pace since credit markets started to seize up two years ago.

Sales by CEOs, directors and senior officers have accelerated to the highest level since June 2007, two months before credit markets froze, as the S&P 500 rebounded from its 12-year low in March. The increase is making investors more skittish because executives presumably have the best information about their companies’ prospects.

“If insiders are selling into the rally, that shows they don’t expect their business to be able to support current stock- price levels,” said Joseph Keating, the chief investment officer of Raleigh, North Carolina-based RBC Bank, the unit of Royal Bank of Canada that oversees $33 billion in client assets. “They’re taking advantage of this bounce and selling into it.”

The S&P 500 slid 2.6 percent to 921.23 last week, the first weekly decline since May 15, as investors speculated the three- month jump in share prices already reflected a recovery in the economy and profits. Stocks dropped as the Federal Reserve reported that industrial production fell in May and S&P cut credit ratings on 18 U.S. banks, saying lenders will face “less favorable” conditions.

The S&P 500 slid 2.2 percent at 11:06 a.m. in New York after the Washington-based World Bank said the global recession this year will be deeper than it predicted in March.

Insiders increased their disposals as S&P 500 companies traded at 15.5 times profit on June 2, the highest multiple to earnings in eight months, Bloomberg data show. Equities climbed as the U.S. government and the Fed pledged $12.8 trillion to rescue financial markets during the first global recession since World War II.

Executives at 252 companies in the S&P 500 unloaded shares since March 10, with total net sales reaching $1.2 billion, according to data compiled by Princeton, New Jersey-based InsiderScore, which tracks stocks. Companies with net sellers outnumbered those with buyers by almost 9-to-1 last week, versus a ratio of about 1-to-1 in the first week of the rally.

“They’re looking to take some money off the table because they think the rally will come to an end,” said Ben Silverman, the Seattle-based research director at InsiderScore. “It’s the most bearish we’ve seen insiders, on a whole, in two years.”

The last time there were more U.S. corporations with executives reducing their holdings than adding to them was during the week ended June 19, 2007, the data show. The next month, two Bear Stearns Cos. hedge funds filed for bankruptcy protection as securities linked to subprime mortgages fell apart, helping trigger almost $1.5 trillion in losses and writedowns at the world’s biggest financial companies and the 57 percent drop in the S&P 500 from Oct. 9, 2007, to March 9, 2009.

Insider selling during the height of the dotcom bubble in the first quarter of 2000 climbed to a record $41.7 billion on a net basis, according to data compiled by Bethesda, Maryland- based Washington Service. The sales coincided with the end of the S&P 500’s bull market and preceded a 2 1/2 year slump that erased half the value of U.S. equities.

Bill Latimer, the director of research at O’Shaughnessy Asset Management, says insider transactions aren’t an accurate barometer of stock performance because executives often reduce their stakes for reasons that have little to do with a company’s prospects.

“When you’re dealing with an individual’s buying or selling, you’re clouding the picture with what their specific financial situation may be,” said Latimer, whose Stamford, Connecticut-based firm oversees about $4.5 billion.

During January 2008, executives at New York Stock Exchange- listed companies bought more shares than they sold for the first time since 1995, Washington Service data show. The S&P 500 slumped 40 percent in the next 12 months.

U.S. laws require executives and directors to disclose stock purchases or disposals within two business days to the SEC.

Sharer, the chairman at Thousand Oaks, California-based Amgen since January 2001, disposed of $1.76 million worth in the world’s largest biotechnology company on May 12, an SEC filing showed.

The sale of 36,411 shares trimmed his unrestricted stake by 13 percent and came three weeks after the company reported first-quarter earnings that trailed analysts’ estimates. Between May 22 and June 9, five Amgen officers, including George Morrow, the executive vice president for global commercial operations, and Roger Perlmutter, the executive vice president for research and development, sold a combined $6.4 million.

“From time to time, and within appropriate trading windows, Amgen executives exercise their right to sell shares for tax planning, to prevent stock option expiries and other purposes,” spokesman David Polk wrote in an e-mailed response to questions.

Federated’s Christopher and Thomas Donahue together sold about 65,000 for $1.68 million on June 4 and June 5 through a family trust, according to SEC filings. The transactions were the biggest outright sales for each since December 2005 and followed a 52 percent rally this year that recouped more than a third of 2008’s stock losses.

The executives began selling two days after the third- biggest U.S. manager of money-market funds, which was founded by their father, John Donahue, in 1955, reached an almost eight- month high compared with reported profits.

Federated said in a statement on June 8 that the officers sold as part of a “longer-term” diversification strategy. Ed Costello, a spokesman, said the Pittsburgh-based company had no comment beyond the news release.

“If these folks don’t have confidence in the company and don’t feel that it’s an attractive value, then why as a shareholder would I think it’s a good value?” said Jason Cooper, who helps manage $3 billion at 1st Source Investment Advisors in South Bend, Indiana.

Seven directors at CME Group Inc., the world’s largest futures exchange, disposed of almost $3 million since May. John Pietrzak sold for the first time since becoming a director of the Chicago-based company in July 2007, according to data compiled by InsiderScore. Board member Joseph Niciforo cut his stake by 28 percent.

“It’s our policy to never comment on any executive sale of shares,” said Allan Schoenberg, a CME spokesman.

Nine insiders at TiVo Inc., the maker of digital video recorders, sold $10.6 million between June 3 and June 11, after the Alviso, California-based company jumped to a five-year high. That was the most by value over a one-month period in more than five years, InsiderScore data show.

A 53 percent jump in TiVo’s stock on June 3 initiated trading plans of some insiders such as CFO Anna Brunelle, who cut her holdings by 17 percent, according to regulatory filings to the SEC compiled by InsiderScore.

The so-called 10b5-1 programs allow executives to cash out a portion of their holdings when stocks reach predetermined prices. Brunelle also sold through her plan from exercising options with average expiration dates about seven years away, InsiderScore data show.

Geoffrey Yang, a TiVo director since 1997, cut his stake by 8.4 percent, raising $1.5 million. The sale was the first by Yang in almost two years. Chief Technical Officer James Barton reaped an 89 percent profit from selling $2.8 million that he received from exercising stock options that were due to expire in four years, according to InsiderScore.

Whit Clay, a spokesman for TiVo, declined to comment.

Electronic Arts Inc. Chairman Lawrence Probst and two other executives sold a combined $1.2 million worth since May 28, after the world’s second-largest video-game publisher jumped 49 percent from an almost nine-year low.

Frank Gibeau, president of the EA games division, slashed his stake by 66 percent after unloading about $538,300 worth the same day, the filings show. The sales came three weeks after Electronic Arts, which makes “Madden NFL,” the world’s most- popular sports video game, reported a narrower fiscal fourth- quarter loss than analysts estimated.

“It does make you wonder if the market rebound is running out of steam,” said Scott Leiberton, the managing director for the equities division of Principal Global Investors, which oversees $189 billion in Des Moines, Iowa. “If you see broad- based selling among the management team or large holders, that’s generally not a good sign because presumably who knows that business better than they do?”