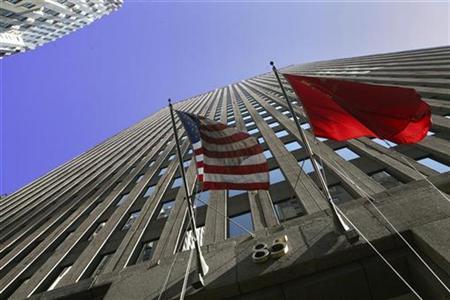 Staff at Goldman Sachs staff can look forward to the biggest bonus payouts in the firm’s 140-year history after a spectacular first half of the year, sparking concern that the big investment banks which survived the credit crunch will derail financial regulation reforms.

A lack of competition and a surge in revenues from trading foreign currency, bonds and fixed-income products has sent profits at Goldman Sachs soaring, according to insiders at the firm.

Staff in London were briefed last week on the banking and securities company’s prospects and told they could look forward to bumper bonuses if, as predicted, it completed its most profitable year ever. Figures next month detailing the firm’s second-quarter earnings are expected to show a further jump in profits. Warren Buffett, who bought $5bn of the company’s shares in January, has already made a $1bn gain on his investment.

Goldman is expected to be the biggest winner in the race for revenues that, in 2006, reached £186bn across the entire industry. While this figure is expected to fall to £160bn in 2009, it will be split among a smaller number of firms.

Barclays Capital, Credit Suisse and Deutsche Bank are among the European firms expected to register bumper profits, along with US banks JP Morgan and Morgan Stanley following the near collapse and government rescue of major trading houses including Citigroup, Merrill Lynch, UBS and Royal Bank of Scotland.

In April, Goldman said it would set aside half of its £1.2bn first-quarter profit to reward staff, much of it in bonuses. It is believed to have paid 973 bankers $1m or more last year, while this year’s payouts are on track to be the highest for most of the bank’s 28,000 staff, including about 5,400 in London.

Critics of the bonus culture in the City said the dominance of a few risk-taking investment banks is undermining the efforts of regulators to stabilise the financial system.

Vince Cable, the Liberal Democrat treasury spokesman, said: “The investment banks more than any other institutions created the culture of excessive leverage, excessive risk and excessive bonuses that led to the downfall of the financial system. Now they are cashing in and the same bonus culture has returned. The result must be that we are being pushed to the edge of another crash.”

Goldman Sachs said it reviewed its bonus scheme last year and switched from a system of guaranteed rewards that were paid over three years to variable payments that tied staff to the firm. It told employees last year that profit-related bonuses would be delayed by 12 months.

Until the release of its first quarter profits in April, it seemed inconceivable that a firm owing the US government $10bn would be looking to break all-time records in 2009.

David Williams, an investment banking analyst at Fox Pitt Kelton, said: “This year is shaping up to be the best year ever for investment banks, or at least those that have emerged relatively unscathed from the credit crisis.

“These banks are intermediaries in the bond markets where governments and companies are raising billions of pounds of new money. There is also a lack of competition that means they can charge huge sums for doing business.”

Last week, the firm predicted that President Barack Obama’s government could issue $3.25tn of debt before September, almost four times last year’s sum. Goldman, a prime broker of US government bonds, is expected to make hundreds of millions of dollars in profits from selling and dealing in the bonds.