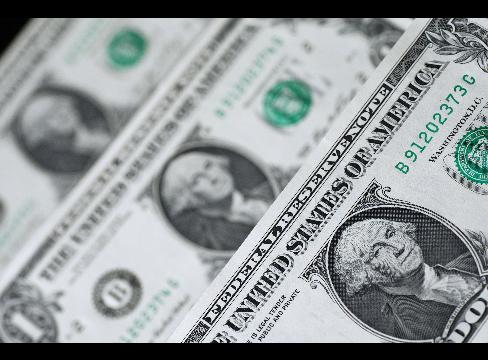 May 30 (Bloomberg) — The dollar declined beyond $1.41 for the first time in 2009 in the year’s biggest monthly drop after investors dumped dollar-denominated assets as the U.S. budget deficit was projected to quadruple to $1.85 trillion.

The greenback fell against all of its major counterparts in May including the Australian and New Zealand dollars as the yield on the benchmark 10-year Treasury note touched the highest level since November. The pound rose above $1.60 as speculation an economic recovery is starting enhanced the appeal of sterling.

“It’s a fundamental dollar-down trade,” said James McCormick, global head of foreign exchange and local market strategy at Citigroup Inc. in London. “The truth is that countries like the U.S. with handicapped banking systems, with overextended fiscal policy, are going to see very shallow recoveries.”

The peso climbed 5 percent this month to 13.1688 versus the dollar as Mexico cut its daily dollar auctions in half to $50 million from $100 million, citing “lower volatility” in the currency. The peso soared 16 percent from 15.5892 on March 9 after President Felipe Calderon lined up a $47 billion credit line with the International Monetary Fund.

The dollar dropped against all of the most active currencies tracked by Bloomberg on concern U.S. debt sales will overwhelm demand, pushing up the government’s borrowing costs and limiting the scope of an economic recovery.

A rout in Treasuries this month pushed the yield on the 10- year note up 0.35 percentage point to 3.46 percent in the fourth month of increases this year. The yield touched 3.75 percent on May 28, the highest level since Nov. 14.

South Korea’s National Pension Service, which had 236 trillion won ($187 billion) of assets at the end of 2008, said it pared its allocation for Treasuries over the next five years.

International investors own about 51 percent of the $6.36 trillion in marketable U.S. government debt outstanding, up from 35 percent in 2000, according to data compiled by the Treasury.

South Korea was the latest holder of U.S. government debt to reduce its holdings. China, the largest foreign owner of Treasuries, said in March it was “worried” about its $767.9 billion investment and looking for assurances the value of its holdings would be protected.

The yen declined against the euro in May as prospects for a global recovery spurred Japanese investors to look abroad for higher returns.

Japanese investors bought 641.1 billion yen ($6.61 billion) more overseas bonds and notes than they sold in the week ended May 23, the biggest net purchases in a month, according to the finance ministry.

The yen will probably strengthen to 90 versus the dollar after appreciating this month, said Daniel Katzive, a currency strategist at Credit Suisse Group AG in New York.

“As global production and auto demand recover from very low levels, we think the yen will benefit even as risk appetite improves,” Katzive said. “You have to ask yourself if there’s any reason the yen wouldn’t gain against the dollar in a period of broad dollar weakness. Our answer is no.”

The euro’s gains against the dollar may stall next week after a technical indicator of the currency’s momentum showed it may be reaching a peak. The relative-strength index on the euro climbed to 68.6 yesterday from 64 a day earlier. Levels above 70 suggest the rally is close to an end.

The 16-nation currency may also fall as European policy makers start to express concern about the cost the euro’s strength imposes on the economy, said Daniel Tenengauzer, head of currency and emerging-market rate strategy at Bank of America-Merrill Lynch in New York.

“With a strong euro, that clearly hurts the European economy, and they’re trying to stimulate activity over there as much as we’re trying over here,” Tenengauzer said in an interview on Bloomberg Television. “That should in itself have a pretty strong incentive for policy makers in Europe to actually start voicing concern about a strong euro.”

The euro currency advanced as crude oil posted its biggest monthly gain in a decade, adding to speculation the European Central Bank will avoid an interest-rate cut next week to prevent stoking inflation.

“Rising crude oil prices give little reason for the ECB to take action on interest rates,” said Akio Yoshino, chief economist in Tokyo at Societe Generale Asset Management (Japan) Co. “The yield advantage will support the euro.” The ECB’s benchmark policy rate is 1 percent, compared with as low as zero in the U.S. and 0.1 percent in Japan.

The dollar dropped 9.5 percent to 80.13 versus the Australian dollar, the most since the Aussie started trading freely in 1983, and decreased 12 percent to 64.03 against the New Zealand currency.

To contact the reporter on this story: Oliver Biggadike in New York at obiggadike@bloomberg.net