General Motors is planning to build cars in China and import them into the United States, a strategy that could trigger further job losses and union anger in the US. 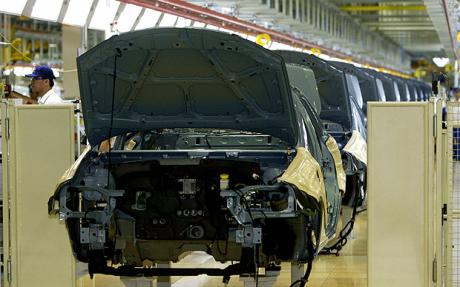 A plan to shift a greater proportion of the struggling car-maker’s production overseas is still being negotiated with US politicians, who have already lent GM $15.4bn (£10.18bn) in order to keep it afloat and safeguard its 90,000 US workers.

However, a spokesman for GM in Shanghai said it was “only a matter of time” before vehicles made in China are imported into the company’s home market, in another blow to the US car industry.

After losing $6bn in the first quarter, GM has slashed its global production by 40pc, or 900,000 vehicles. Around 13 assembly plants will be affected by shutdowns in the US. The company has a June 1 deadline to complete a restructuring or follow Chrysler into Chapter 11 bankruptcy.

“The production quality here is the same as Luton in the UK or the US. We may not be fitting them with all the specifications but that does not mean we can’t,” he added.

“In a perfect world, you produce vehicles where you sell them. That’s how it should be. But if it doesn’t make sense economically to have two factories because you do not sell enough volume then it might make sense to have one location,” he explained.

A 12-page dossier submitted to politicians in Washington suggests that the number of cars that GM manufactures in Mexico, China and South Korea and imported into the US will roughly double.

Currently the company imports the Chevrolet Aveo and Pontiac G3 from South Korea and the Saturn Vue and Chevrolet HHR sport utility vehicles from Mexico. The company could export small vehicles such as the Chevrolet Spark from China to the US.

However, the numbers of Chinese exports to the US are likely to be small.

“I don’t believe that you are going to have a situation that you produce millions of cars in China and ship them to the US,” he said. “If you produce a vehicle here and you have 50,000 or so in extra volume you might find another market that can sell them.”

According to reports in China, GM will start shipping cars from Shanghai in 2011, with just over 17,000 being exported in the first year.

The move will be fiercely challenged by GM’s unions. “GM should not be taking taxpayer’s money simply to finance the outsourcing of jobs to other countries,” said Alan Reuther, a lobbyist for the United Auto Workers union. He added that the number of extra cars that GM plans to import will be equal to the output of four US assembly plants, “the same number that GM plans to close”.

Although GM is struggling globally, its operations in China continue to be a huge success. Sales in March rose by more than 50pc to 151,000 cars, compared to 172,000 in the US. GM has invested in research and design facilities alongside its Chinese partners and says it could design and produce a car wholly inside China within 12 to 24 months.

The company also conceded that China could eventually become a more important market than the US.

“We sell as many Buicks here as in the US so the question is not crazy or unrealistic,” said the spokesman. “The US market continues to stagnate and move backwards. China will make 10.5m cars this year, an increase of 8.7pc. The US will make 9.5m. So it will be the first time that China builds more cars than the US, and three years ago, the US was building 17m cars a year.”