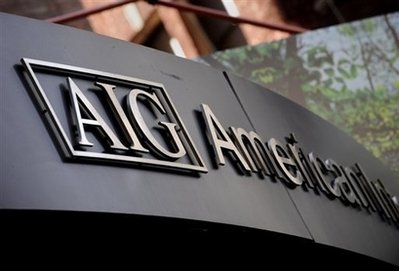 The 2008 AIG bonus pool just keeps getting larger and larger.

In a response to detailed questions from Rep. Elijah Cummings (D-Md.), the company has offered a third assessment of exactly how much it paid out in bonuses last year.

And the new number, offered in a document submitted to Cummings on May 1, is the highest figure the company has disclosed to date.

AIG now says it paid out more than $454 million in bonuses to its employees for work performed in 2008.

That is nearly four times more than the company revealed in late March when asked by POLITICO to detail its total bonus payments. At that time, AIG spokesman Nick Ashooh said the firm paid about $120 million in 2008 bonuses to a pool of more than 6,000 employees.

The figure Ashooh offered was, in turn, substantially higher than company CEO Edward Liddy claimed days earlier in testimony before a House Financial Services Subcommittee. Asked how much AIG had paid in 2008 bonuses, Liddy responded: “I think it might have been in the range of $9 million.”

“I was shocked to see that the number has nearly quadrupled this time,” said Cummings. “I simply cannot fathom why this company continues to erode the trust of the public and the U.S. Congress, rather than being forthcoming about these issues from the start.”

AIG spokesman Ashooh said the company’s revised accounting is the result of different wording of the questions asked by Cummings and POLITICO.

The new figure of $454 million, Ashooh said, “reflects all types of variable compensation across all of our businesses,” while the $120 million figure he provided earlier reflected only bonuses paid to corporate headquarters executives and high-ranking officers at its major businesses around the world. Ashooh said the $454 million figure includes the $120 million he had previously disclosed.

All of the numbers provided are on top of the controversial $165 million in retention bonuses offered to employees of a division of the company known as AIG Financial Products. It was the disclosure of those payments that set off a political firestorm earlier this year. Washington was stunned that employees of the very unit that had brought AIG to its financial knees were being so richly rewarded — especially after the company received $170 billion in taxpayer bailout money.

The controversial payments were described by the company as “retention agreements” paid to keep employees from leaving.

But the disclosure of the bonus payments to one division of the company prompted confusion about how big the companywide bonus pool was for 2008. That’s the question that has prompted three different answers from AIG officials.

AIG’s Ashooh says the account AIG is now offering includes a larger group of employees than had been counted to tabulate the earlier disclosures.

“I think we’ve been pretty forthcoming,” Ashooh said. “AIG is not a simple organization. We’re answering the question that we think we’re being asked.”

The questions from POLITICO and from Cummings were both submitted in writing.

On March 19th, POLITICO asked AIG in an e-mail, “What was AIG’s total bonus pool (outside the retention agreements) for 2008?” To that, after some back and forth, AIG offered the $120 million figure.

Later in March, Congressman Cummings submitted written questions to AIG, asking: “Please specify the exact amount in bonuses — not retention payments or any other form of compensation — paid by AIG to employees of any division of AIG in 2008 or paid in 2009 for work performed in 2008.”

To that question, AIG disclosed a division by division breakdown of payments totaling $454 million.

The company said it maintains “approximately 374” plans that pay variable amounts of compensation based on performance. Citing the large number of recipients and concerns over the safety of AIG employees, the company declined to provide a list of the names of bonus recipients.

It broke down its results by division, including:

Domestic Life and Foreign Life Operations: 23,851 employees received an average of $5,050 each.

Foreign General Insurance Operations: 8,669 employees received an average of $5,074 each.

Retirement Services Operations: 1,168 employees received an average of $11,889 each.

The company also disclosed that it is developing a new bonus plan for 2009 in consultation with the Federal Reserve and Treasury.