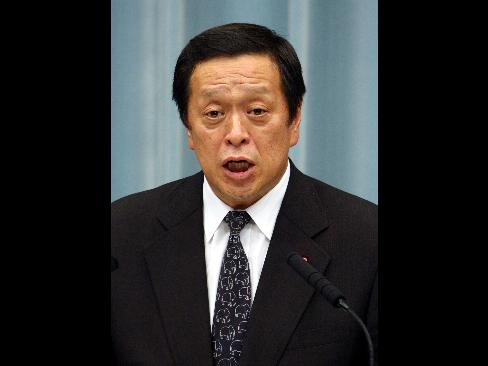 March 27 (Bloomberg) — Japan’s Defense Minister Yasukazu Hamada ordered the shooting down of any North Korean missile or falling debris that enters its “airspace, waters or soil.”

“We will take every effort to protect the safety of Japanese people,” Hamada told reporters in Tokyo today.

Hamada is preparing the first response to a North Korean rocket launch after a Taepodong 1 missile flew over Japan in 1998. Japan has subsequently honed a defense network that includes anti-missile batteries around Tokyo and destroyers at sea capable of intercepting ballistic missiles.

Japan, along with the U.S., China, South Korea and Russia want to forestall North Korea’s plans to launch what it calls a “peaceful” satellite, and re-focus on joint efforts to end the Stalinist nation’s nuclear program.

Authorities don’t expect the missile or any of its parts such as booster rockets to stray into Japanese territory if the launch is successful, Chief Cabinet Secretary Takeo Kawamura told reporters today. “The government ordered relevant organizations to take precautions just in case of an emergency,” he said.

A defense ministry official said in today’s briefing that two ships equipped with Aegis systems capable of intercepting a missile will be deployed in the Sea of Japan. Patriot Advanced Capability-3 systems, which shoot down incoming missiles, will be activated in the northern prefectures of Akita and Iwate.

“Whether North Korea launches a satellite or test-fires a missile, it is extremely unpleasant for such an object to fly over Japanese territory,” Hamada said. “Whatever the intention is, we’d like them to stop.”

The U.S. State Department yesterday rejected North Korea’s threat that it will pull out of talks on the program if there is any attempt in the United Nations to criticize a rocket launch. Secretary of State Hillary Clinton said the U.S. would raise the issue of any test at the UN.