The furore over Sir Fred Goodwin’s massive pension worked as an effective smokescreen for far worse financial news that the Government was happy to keep out of the public eye. 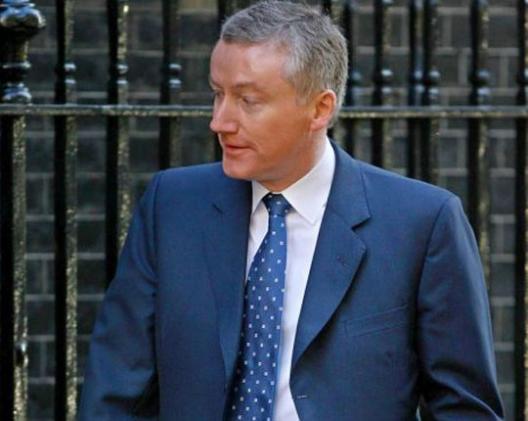 Lord Mandelson, asked Sir Fred Goodwin (pictured), to give back some of his pension

As scapegoats go, Sir Fred Goodwin is straight out of Central Casting. He’s a banker; he’s mucked up big time, cost the taxpayer sums still too large to calculate properly, and he’s walked away from the mess with riches beyond the avarice of a Premiership footballer. All he lacks, as a media villain, is a pair of staring eyes and record of cruelty to animals.

If Alastair Campbell were still around, Sir Fred might have been saddled with even that. But this week, as loomed the handing to banks of further barrels of public cash on what the furniture stores used to call easy terms, the Government had no need for nudge-nudge rumours of scuttlebutt to create a diversion. It had information even more incriminating and instantly unpopular: the size of Sir Fred’s pension pot.

It was huge; it was blood-pressure raisingly indefensible; and, above all, it seemed politically useful. Ministers had known the scale of it for months; something pretty close to its size had been reported on City pages as far back as 14 October last year. But it had never become An Issue. Now the time for it to do so had arrived. And so, on Wednesday evening, the exact magnitude of it was leaked to Robert Peston of the BBC. He went on air and could barely get the numbers out for hyperventilating: Sir Fred’s pot of gold was worth £16.9m; the man – so the story went – whose megalomaniac regime of compulsive acquisitions had brought down the Royal Bank of Scotland was now retired, at the age of 50, with a pension worth £13,000 a week for the rest of his life.

The ploy worked. By the following day, Fred’s Pension was dominating the news and provoking all the anti-banker indignation that a government spin-doctor hoped it might: “These fat cats must have their fortunes neutered” (Daily Mail), “Obscene: I won’t give up a penny” (Daily Express), and “No shred of shame; RBS boss Fred” (Daily Mirror). Yet all the while, behind this smokescreen, hundreds of billions of taxpayers’ cash was being committed to the banks on terms that seemed bewildering. This – the biggest leap in the dark in British economic history – is what the row over Fred’s pension concealed. It is a story that should now be told.

For a long time, it has been known that the big scheduled domestic event of last week would be RBS’s results. Their gargantuan size was widely expected, and the final figures didn’t disappoint: £24.1bn in the red – bigger than any American bank could manage, vastly outscoring some of the week’s other losses (such as housebuilder Barratt’s £592m), and relegating to barely visible footnotes the other depressing statistics of the week, such as household spending declining at its fastest rate since 1991; house prices down 15 per cent in a year; and service sector job losses at a 10-year high.

RBS’s losses, and those of Lloyds HBOS the following day, meant a further extension to the Government’s bailout, and taxpayers’ exposure. The size of the potential commitment to the banks is estimated at £1.3 trillion, equivalent to the value of the British economy for a whole year, and a burden equal to possibly as much as £36,000 for every man, woman and child in the country. And there could yet be more unpleasant discoveries. Looming rather less large in the public consciousness than Sir Fred’s pot was the appearance before the Treasury Select Committee of Mervyn King, Governor of the Bank of England. Fully five months after the present crisis began with the collapse of Lehman Brothers in September, he told MPs that it is still not known just how big the liabilities of British banks are. In his evidence to the Treasury Select Committee last week, he said it would take “many months” to establish the scale of toxic assets held by banks, requiring a detailed assessment contract by contract.

Also overshadowed by Sir Fred’s pot was the size of the latest government support for the banks. For a fee of £6.5bn, RBS will place £325bn worth of toxic assets in the Government’s newly created Asset Protection Scheme. The bank will then be liable for only the first £19.5bn of these dodgy assets, with the taxpayer accepting the risk of the rest. The shadow chancellor, George Osborne, said: “The British taxpayer is insuring the car after it has crashed.” Lloyds Banking Group’s participation is not yet finalised, but is expected to involve about £250bn worth of toxic assets.

In return, there is now some progress in getting the banks to start lending again. Northern Rock and RBS have committed to increase lending by £25bn this year, and a similar amount next. This is important: for businesses – some of which need a line of credit to weather the present storm and, some months, even pay staff – and in getting the housing market at least stabilised. On Friday, it was learnt that the number of Lloyds and HBOS mortgage customers who are in negative equity has gone up from 4,000 in 2007 to more than half a million today.

And quickly hidden, too, by the Goodwin pension kerfuffle was the testimony of Lord Turner, chairman of the Financial Services Agency, to the Treasury Select Committee last week. He said of Gordon Brown’s watch at the Treasury: “All the pressure on the FSA was not to say: why aren’t you looking at these business models, but why are you being so heavy and intrusive? Can’t you make regulation a bit more light touch? We were supervising people like HBOS within a particular philosophy of the way you do regulation which I think, in retrospect, was wrong.”

His views, which no one in Government has had the brass neck to contest, vindicate Paul Moore, the HBOS whistleblower, and support the thesis that history will probably conclude that the trail of easy credit and light-touch regulation responsible for the present crisis leads to Gordon Brown’s front door.

Yet, for all that Sir Fred’s pension obscured, there were things it woefully exposed. First is the Government’s powerlessness to alter the culture of excessive rewards for the men responsible for some of the bailed-out banks’ worst errors. Sir Fred walks with a pot of £16.9m, and Peter Cummings is expected to leave HBOS with one worth £400,000 a year. Many are mystified that the Government, for all the enormous muscle that should come with a 70 per cent stake in RBS, and 43 per cent Lloyds, cannot stop such payments. How is it, goes the question, that the Prime Minister and Chancellor of the Exchequer are reduced to asking Sir Fred, in an increasingly plaintive refrain, to be a good chap and give up part of his wealth in a gesture of contrition and solidarity?

The answer is that while, through its present ownership and various inquiries, the Government can alter the rewards culture of the future, it can do very little about the past. Agreements were made and, for all the huffing and puffing to the gallery by Brown about lawyers at UKFI combing case books for a means to penalise Sir Fred, there is very little hope of it unilaterally and legally clawing back part of Sir Fred’s pot. Besides, part of his pension was accrued in previous employments.

Exposed, too, by the Goodwin pension fuss has been the Government’s claim that it knew only recently (“I became aware of this deal only a few days ago,” Brown said last Thursday) of the full size of the pot. This is curious, not least because of the role of the Treasury minister Lord Myners, a recently ennobled denizen of the City, who was privy to the negotiations over Sir Fred’s pension last October. Last summer, the RBS boss’s pension fund stood at £8m, which assumed a retirement age of 60. But, in return for waiving the right to a year’s salary and other benefits in lieu of notice, and also not taking any legal action over loss of office, he agreed to retire at the age of 50. And, to fund this extra 10 years’ pension, RBS virtually had to double the size of his pot.

Lord Myners knew this. He claims the reason he did not object to Sir Fred’s pension when he found out in October is that he was “unaware of any scope for discretion”. Yet Lord Myners has extensive experience in the field of executive remuneration: he sat on the remuneration committees of Powergen, O2 and the Guardian Media Group. He was chief executive of Gartmore and sat on the board of NatWest when it introduced significant bonus schemes, as well as being chair of the Low Pay Commission. An innocent in matters of remuneration he is not.

An RBS source said yesterday that Lord Myners, and therefore the government, had full knowledge that the pension was a contractual obligation. Another source said: “I was in the room when Lord Myners was talking to Sir Tom McKillop, the former chairman, over the phone that weekend in October, the 11th and 12th, when the talks took place and Sir Tom made it quite plain that Sir Fred was entitled to his pension.” An RBS spokesman added: “The fuss being kicked up now by the Government is complete nonsense as it has known since October that Sir Fred’s pension would be this amount.”

And not just the Government. Although the precise sum was not made public until last week, something close to its scale was being written about in the press as early as 14 October, when The Independent reported: “Goodwin forced out of RBS but still walks away with £580,000 pension.” For the Government to claim that it did not realise the size of Sir Fred’s stipend looks remarkably disingenuous.

But the hoo-ha about it had served its smokescreen purpose – and continues to. Yesterday the pleading to Sir Fred by ministers went on. Lord Mandelson, the Business Secretary, told ITV News: “I think Sir Fred Goodwin undoubtedly should give it, or the bulk of it, back. I don’t think he quite understands how people feel about this – how angry they feel.” Opposition MPs, and every passing blogger, join in. Sir Fred and his pension make an easily graspable scapegoat.

No doubt some gesture by Sir Fred – for charity, probably – will be made. The public will be grudgingly assuaged. The fit of national vapours will pass; Sir Fred will fade into gold-plated discredit, but the real problems will remain.