The cost of bankruptcy protection on German debt has reached an all-time high on spill-over from the financial crisis in Eastern Europe and mounting concerns about the stability of Germany’s banking system. 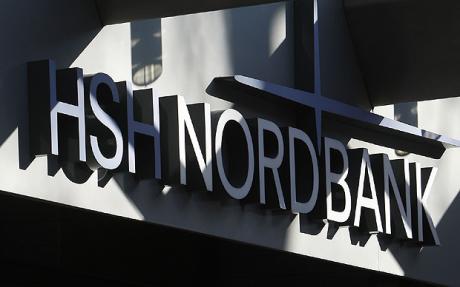 The spike follows a warning by Deutsche Bank that Germany’s economy will contract by 5pc this year as industrial exports collapse at the fastest pace since the Great Depression.

Norbert Walter, the bank’s chief economist, said there was a risk of an even deeper slump if the economy fails to stabilize by the summer. “A bigger contraction can’t be ruled out,” he said.

The state governments of Hamburg and Schleswig-Holstein agreed on €3bn (£2.7bn) cash rescue on Tuesday for Landesbank HSH Nordbank, the world’s top source of finance for shipping, raising the public stake to 80pc. The bank has already drawn on a €10bn guarantee from the government’s bail-out fund Soffin. HSH lost €2.8bn last year, mostly on credit instruments and fall-out from the Lehman debacle.

“Of course these costs will weigh on the budget. We had no choice,” said Peter Harry Carstensen, the premier of Schleswig Holstein. He denied press reports that his own state was facing bankruptcy.

There are eleven state-owned Landesbanken in Germany and most are in trouble. While their mission is to boost regional industry and finance the family Mittelstand firms, they strayed disastrously into almost every form of leveraged excess through off-books `conduits’, many based in Dublin.

“The entire Landesbanken system is rotten,” said Hans Redeker, currency chief at BNP Paribas.”Credit will collapse if they are allowed to fail so they have to be recapitalized. But it is not just the banks in trouble: Germany’s entire export structure has been hit drastically.”

“German CDS spreads are going massively higher. German bank exposure to Eastern Europe, although less than Austria, is still very high. The markets have started to price in a de facto bail-out of Eastern Europe and they think that Germany that will have to pay the bill,” he said.

The rating agency Standard & Poor’s said in a report on Tuesday that the region was “shuddering to a halt”, with a number of countries were “crumbling under the weight of high foreign currency debt.” It is unclear whether they can roll over debts as Western banks retreat to their home market.

S&P said foreign debt is 115pc of GDP in Estonia, 103pc in Bulgaria, 93pc in Hungary, all far above danger level. “All the ingredients of a major crisis are in place,” said Jean-Michel Six, the group’s Europe economist.