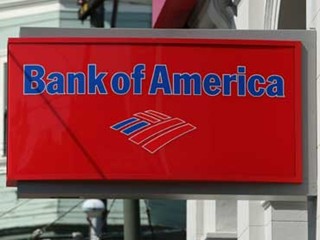 A sign is seen outside of a Bank of America branch office in San Francisco.

SAN FRANCISCO (CBS 5) – The granddaughter of the man who founded Bank of America in San Francisco in the early 1900s called the bank’s current condition “totally repulsive” and blasted the bank’s management for being “idiots.”

The harsh criticism from Virginia Hammerness, the heiress to A.P. Giannini’s family fortune and a significant stockholder in the bank he launched, came during an interview Monday with CBS 5.

She reflected on how her grandfather founded B of A as the Bank of Italy in San Francisco’s North Beach neighborhood in 1904 as a reaction to the fact that the big eastern banks wouldn’t lend to middle class immigrants like Italians.

Hammerness was outspoken about what has happened to the bank that is her family’s legacy, saying she had little doubt that Giannini was “rolling over in his grave.”

She added that her father, who succeeded her grandfather as bank president and “gave his life for the bank,” would have had a similar reaction upon seeing today’s decline of the institution.

“I think its totally repulsive,” Hammerness said when asked what she thinks of Bank of America now. “What idiots, what kind of idiots are running that bank?”

Hammerness directed some of her criticsm at the bank’s decision to go ahead with the purchase of the near-bankrupt Merill Lynch brokerage, even after learning that huge bonuses were paid out to Lynch employees right after the deal was announced.

“They bought it and then, you know, they found out before the deal was consumated that the head of Merrill Lynch paid all those bonuses to people. Bank of America should have said forget it,” said Hammerness.

Huge bonuses were not her grandfather’s way of doing business, she said.

A.P. Giannini gave away millions, but died with an estate of only $500,000. He turned down a $1.7 million dollar bonus that the bank wanted to give him, saying they should use it to help their customers instead.

Gianniani became a legend right after the 1906 San Francisco earthquake. After his bank burned down, he set up a wooden plank on two barrels along the street and made loans. All it took was a handshake and he later said every loan was repaid.

But Hammerness wondered aloud whether she would even be able to get a loan today from Bank of America.

While she doesn’t favor nationalization – a government takeover of the banking industry – Hammerness said she is worried that the bank’s ongoing decline could leave little in the future for the other heirs in her family.

“I just think what’s happening is just nauseating really. I feel so sorry for my children, my grandchilden, my great grandchildren and everybody else’s,” she said.

When asked if she still puts her money in the Bank of America, the Giannini heiress responded: “Well, of course. But I have no loyalty to it. It’s just there because I’m too lazy to go somewhere else… That’s the honest to God truth, just too lazy to move it somewhere else.”