Knowing the truth will cause too much damage to democracy?

Minutes of cabinet meetings in which ministers discussed their motivation for going to war with Iraq will not be made public, Justice Secretary Jack Straw has ruled. 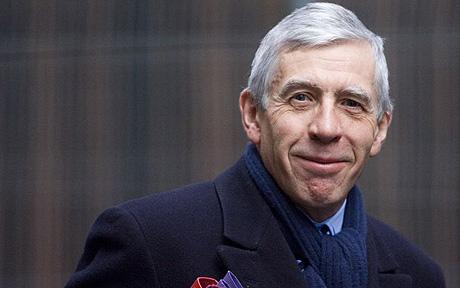 Mr Straw told the Commons he had consulted with the rest of the Cabinet before issuing the veto Photo: BLOOMBERG NEWS

Mr Straw said he could not permit the release of records from 2003 discussions over the invasion of Iraq because it would cause too much “damage” to democracy.

He said he had signed a certificate under section 53 of the FOI Act, “the effect of which is that these Cabinet minutes will not now be disclosed”.

Allowing publication to go ahead would cause “serious damage to Cabinet government, an essential principle of British democracy”.

Mr Straw told the Commons he had consulted with the rest of the Cabinet before issuing the veto, and the decision had not been taken “lightly”.

It is the first time the ministerial veto has been used since the FOI Act came into force in 2005.

“If the process of reaching the decision to embark upon an illegal war against Iraq is still supported by the Government why haven’t they the courage to let us see the minutes of the Cabinet?

“The truth is that this was one of the most significant foreign affairs decisions in history which a supine Cabinet nodded through.”

Mr Straw told MPs today: “Cabinet is the pinnacle of the decision-making machinery of Government. It’s the forum in which debates on the issues of greatest significance and complexity are debated.

“Whether the nation was to take military action was indisputably of the utmost seriousness.

“The convention of Cabinet confidentiality and the public interest in its maintenance are especially crucial when the issues at hand are of the greatest importance and sensitivity.”