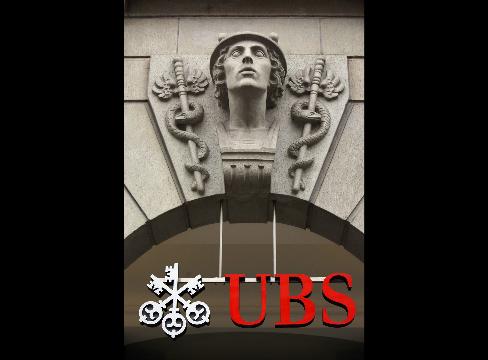 The UBS AG logo hangs on the bank’s headquarters on Paradeplatz in Zurich, on Feb. 7, 2009. Photographer: Christophe Bosset/Bloomberg News

Feb. 19 (Bloomberg) — The U.S. government sued UBS AG, Switzerland’s largest bank, to try to force disclosure of the identities of as many as 52,000 American customers who allegedly hid their secret Swiss accounts from U.S. tax authorities.

U.S. customers had 32,940 secret accounts containing cash and 20,877 accounts holding securities, according to the Justice Department lawsuit filed today in federal court in Miami. U.S. customers failed to report and pay U.S. taxes on income earned in those accounts, which held about $14.8 billion in assets during the middle of this decade, according to the court filing.

“At a time when millions of Americans are losing their jobs, their homes and their health care, it is appalling that more than 50,000 of the wealthiest among us have actively sought to evade their civic and legal duty to pay taxes,” John A. DiCicco, acting assistant attorney general in the Justice Department’s tax division, said in a statement.

The lawsuit came a day after UBS agreed to pay $780 million and disclose the names of about 250 account holders to avoid U.S. prosecution on a charge that it helped thousands of wealthy Americans evade taxes. The U.S. and Zurich-based UBS disagreed over how many account holders the bank must disclose to the Internal Revenue Service, agreeing to resolve it in court.

With today’s lawsuit, the U.S. asked a federal judge to enforce its so-called John Doe summonses. On July 1, a federal judge in Miami approved an IRS summons seeking information on thousands of UBS accounts owned or controlled by U.S. citizens. Negotiations between the U.S., Switzerland and UBS have been at a standstill since then, according to a Justice Department filing.

UBS said in a statement that it expected today’s filing.

“UBS believes it has substantial defenses” to the U.S. attempt to enforce the summonses and will “vigorously contest” the case, the bank said in the statement. The bank’s objections are based on U.S. laws, Swiss financial privacy laws, and a 2001 agreement between UBS and the IRRS, according to the statement.

The Justice Department accused UBS of conspiring to defraud the U.S. by helping 17,000 Americans hide accounts from the Internal Revenue Service. The U.S. will drop the charge in 18 months if the bank reforms its practices, helps prosecutors and makes payments.

To contact the reporters on this story: David Voreacos in Newark, New Jersey, at dvoreacos@bloomberg.net; Carlyn Kolker in New York at ckolker@bloomberg.net.