– Paul Craig Roberts On The U.S. Leadership: “They Are Criminals” – The Potential Here Is Far Worse Than The Great Depression:
Paul Craig Roberts served as an Assistant Secretary of the Treasury in the Reagan Administration earning fame as the “Father of Reaganomics”. He is a former editor and columnist for the Wall Street Journal, Business Week, and Scripps Howard News Service. In 1992 he received the Warren Brookes Award for Excellence in Journalism. In 1993 the Forbes Media Guide ranked him as one of the top seven journalists in the United States.

– Paul Craig Roberts: Our Collapsing Economy:
According to the methodology used in 1980, the US unemployment rate in December 2008 reached 17.5 percent.
Yes, “our” government lies to us about economic statistics, just as it lies to us about “terrorists,” “weapons of mass destruction,” “building freedom and democracy in the Middle East,” and the Israeli-Palestinian conflict.
An objective person would be hard pressed to find any statement made by the US government that is reliable. 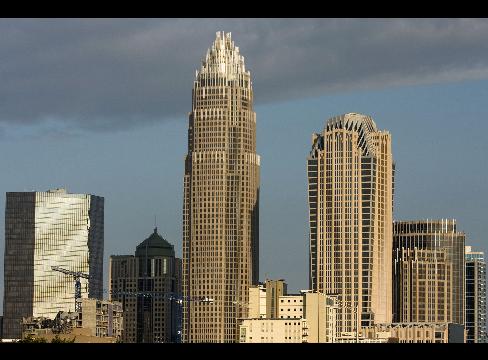 Jan. 16 (Bloomberg) — Bank of America Corp., the largest U.S. bank by assets, received a $138 billion emergency lifeline from the government to support its acquisition of Merrill Lynch & Co. and prevent the global financial crisis from deepening.

The U.S. will invest $20 billion in Bank of America and guarantee $118 billion of assets “as part of its commitment to support financial-market stability,” the Treasury Department, Federal Reserve and Federal Deposit Insurance Corp. said in a joint statement shortly after midnight in Washington.

The bailout raises doubts about the future of Chief Executive Officer Kenneth D. Lewis, who engineered the takeovers of New York-based brokerage Merrill Lynch and mortgage lender Countrywide Financial Corp. during the worst market slump since the Great Depression. Bank of America has plummeted 75 percent in New York trading since the Merrill acquisition was announced in September, falling to the lowest level in almost two decades.

“This thing is unraveling so fast Lewis may know his job is lost,” said Paul Miller, an analyst at Friedman Billings Ramsey Group Inc. in Arlington, Virginia, who has an “underperform” rating on Bank of America. The management team has “lost credibility” after spending more than $20 billion in the past year to buy unprofitable Merrill and ailing mortgage lender Countrywide Financial Corp. of Calabasas, California, he said.

(The Bank of America did not ‘want’ to buy Merrill. It had to buy Merrill. This is all part of a bigger plan to loot US taxpayers’, destroy the middle class, the dollar and the economy and create the greatest depression ever.)

Robert Stickler, a spokesman at Charlotte, North Carolina- based Bank of America, said the company doesn’t comment on “uninformed gossip.”

Bank of America plunged 18 percent yesterday to $8.32 in New York Stock Exchange composite trading after hitting $7.35, its lowest level since February 1991. The stock was up $1.12 at $9.46 in German trading today.

The bank plans to announce fourth-quarter results at 7 a.m. New York time, about an hour after Citigroup Inc. publishes its latest figures. Bank of America may post a $3.6 billion loss and reduce its quarterly dividend, Citigroup analyst Keith Horowitz estimated on Jan. 12.

“The motivation is to try and basically get information to the market sooner rather than later because of all the anxiety that’s out there,” said Bert Ely, chief executive officer of Ely & Co., a bank consulting firm in Alexandria, Virginia. It’s a “very tense situation now,” he said.

Talks between the government and Bank of America have been under way for the past couple of weeks, a government official said. The bank told regulators in December it might abandon the Merrill takeover because of worse-than-expected results, three people familiar with the matter said on Jan. 14.

The government insisted the Merrill deal proceed because its collapse would renew turmoil in the financial system, said the people, who declined to be identified as the talks were private.

Today’s emergency action shows how government officials, led by U.S. Treasury Secretary Henry Paulson and Federal Reserve Chairman Ben S. Bernanke, have failed to quell concerns about the viability of the nation’s biggest banks, even after deploying $350 billion of financial-rescue funds. Financial companies have disclosed more than $1 trillion of writedowns and credit market losses since 2007 linked to the collapse in subprime mortgages, according to data compiled by Bloomberg.

The Bank of America plan mirrors the emergency actions taken in November for New York-based Citigroup, when the government explicitly insured the bank against losses on toxic assets with taxpayers footing the bill. The U.S. backed up $306 billion of Citigroup real-estate loans and securities, sharing losses beyond $29 billion for what may be some of the company’s worst holdings.

In the latest Bank of America deal, the government will protect a $118 billion pool of assets that a U.S. official said includes residential and commercial real-estate holdings and credit-default swaps. The official spoke to reporters on a conference call on condition of anonymity.

The $20 billion purchase of preferred shares, which carry an 8 percent dividend, will be made later today. The funds come from the first half of the Treasury’s Troubled Asset Relief Program. The U.S. Senate voted yesterday to allow the release of the next $350 billion of the program.

The U.S. had already injected $15 billion into Bank of America and $10 billion into Merrill to bolster the combined company against the credit crunch.

Bank of America agreed Sept. 15 to buy Merrill, the world’s largest brokerage firm, after a weekend of negotiations between Lewis and Merrill CEO John Thain. The $19.4 billion transaction occurred at the same time as Lehman Brothers Holdings Inc. went bankrupt, crippled by the frozen credit markets.

“Bank of America has all kinds of problems with its acquisitions,” said Gary Townsend, a former bank analyst and president of Hill-Townsend Capital LLC in Chevy Chase, Maryland. “They’ve been so acquisitive, they find themselves with very little in tangible equity.”

Bank of America became aware of Merrill’s fourth-quarter losses after shareholders approved the takeover on Dec. 5, the Wall Street Journal reported earlier today, quoting a statement from the company. After the vote, Paulson and Bernanke warned Lewis about the risks to the financial system if the deal was scrapped, the Journal said, citing unidentified people familiar with the matter.

Bank of America shares have dropped 42 percent since Jan. 6 when Lewis told employees he expected the company’s performance to fall short of earlier estimates. The company is cutting as many as 35,000 jobs to reduce annual costs by about $7 billion. Bank of America also has taken steps to counter loan losses by selling a $2.8 billion share of its China Construction Bank stake.

The agreement with the Treasury, the Fed and FDIC calls on Bank of America to absorb the first $10 billion of losses from its pool of assets, the “large majority” of which were assumed with the Merrill purchase, according to the government’s statement. The company will absorb 10 percent of any additional losses, with the government on the hook for the remainder.

Separately, the FDIC said today it plans to propose changing its bond-guarantee program for banks to cover debt as long as 10 years, up from the current three-year maturity. The FDIC also plans to propose rule changes to the Temporary Liquidity Guarantee Program.

The U.S. government will use all of its resources “to preserve the strength of our banking institutions and promote the process of repair and recovery and to manage risks,” the joint statement said.

Bernanke said earlier this week that troubled assets remain a “continuing barrier to private investment” in financial institutions and recommended that they be extracted with government help. He urged a “comprehensive plan,” with one possibility being to erect a so-called bad bank to purchase and administer the troubled loans and securities.