Nearly 26 retailers will collapse every week in the first four months of the year, a leading retail analyst has predicted. 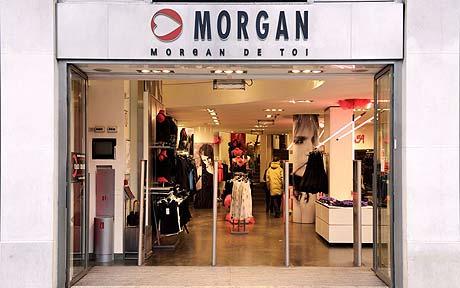 The forecast comes as Morgan, the French fashion chain, becomes the latest victim of the crisis on the high street, collapsing into administration. It joins a lengthening list of shop groups to have failed this week alone, including clothing store USC, Adams childrenswear group and Olan Mills the photography studio.

Experian, a data company which analyses the sector, predicts that a total of 440 retail businesses will go into administration in the first four months of 2009, equating to nearly 26 every week. This would be the worst period for shopkeepers since the depths of the winter of discontent thirty years ago.

Very few shops will escape completely unscathed, Experian predicts, with major chains – with branches on most high streets – as well as small, individual retailers all being hit by the severe consumer downturn.

Jonathan de Mello, director of Retail Consultancy at Experian, said: “It has been the most challenging time for retailers for at least 30 years, trading conditions are very tough and the collapses we’ve seen so far are just the tip of the iceberg. At the moment there is too much space in the market and not enough demand. Many retailers are either making no margin or losing money. We anticipate that January will be the toughest for 30 years.”

Experian calculates that the number of non-food retailers to have failed in 2008 totalled 1,137, an increase of 21 per cent on the previous year.

Though figures suggest shoppers have come out in force during the last ten days, the resurgence will not be enough to rescue retailers already struggling with high rents, business rates and rising import prices. Fashion chains are particularly vulnerable because they buy the majority of their clothes from the Far East in dollars. With the pound at such a low level, they will be forced to pay far more for their products when they renegotiate their buying contracts in the New Year.

Mr De Mello added: “Britain is still a nation of shopkeepers and the retail sector is one of the UK’s largest employers. It is not just people directly employed by retailers that will suffer from the fallout this Christmas, it is also their suppliers, manufacturers and service providers. We are all going to feel the effects as there is no doubt that the impact on retail will resonate through the entire economy.”