The plunging value of the pound has seen the sterling price of gold climb by more than 33pc over the past year to a record £552 an ounce. 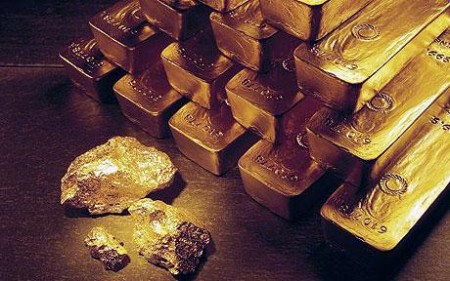 Adrian Ash, the head of research at BullionVault, a gold dealer, said: “Just as the dollar and euro have strengthened against sterling, so has the value of gold.

“With the Bank of England in panic mode, slashing the returns paid to savers to three-century lows at the start of December, the clear winners from its campaign to reboot the bubble so far have been gold investors stuck with pounds to earn and pounds to spend.”

Thousands of British investors have rushed to buy gold as it is viewed as a safe haven at times of volatility. Tony Baird of Baird & Co, one of Britain’s biggest gold bullion dealers, said people had queued up in his shops for gold bars and coins at times during the financial crisis.

Last month the World Gold Council said demand for gold had reached an all-time quarterly record of $32bn between July and September as investors around the world sought refuge from the financial meltdown. This was 45pc higher than the previous record in the second quarter of 2008.

BullionVault said the number of British investors choosing to own gold through its service had risen by more than 130pc.

Gold bought via exchange traded funds (ETFs) and bars and coins was the biggest contributor to overall demand during the quarter. The period also witnessed widespread reports of gold shortages among bullion dealers across the globe, while jewellery buyers also returned to the market in droves on a lower gold price.