“We do not tell you what we are doing, but you have to pay for it.”

What would you do to someone that breaks into your house and is stealing your money?(I know, it isn’t really ‘your’ money anyway, but that is another story.)

That is exactly what the Fed is doing. The Fed is also stealing the value of your money. Inflation is a ‘hidden tax’.

You don’t have to study economics to understand what these banksters are doing, although it was helpful for me.

Hyperinflation is coming. The government and the Fed are bankrupting the US.

Remember just a few months ago when they told you that ‘the economy is sound’?

Listen to Ron Paul, Peter Schiff and Jim Rogers and prepare yourself for the worst. 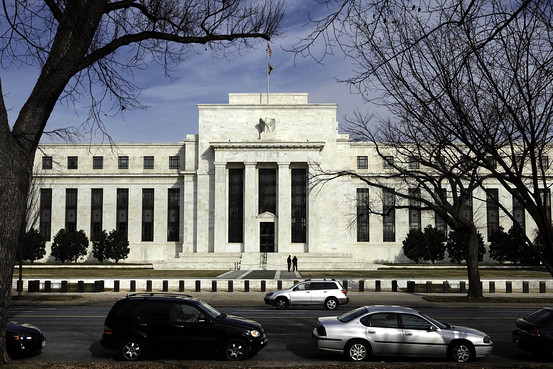 Dec. 12 (Bloomberg) — The Federal Reserve refused a request by Bloomberg News to disclose the recipients of more than $2 trillion of emergency loans from U.S. taxpayers and the assets the central bank is accepting as collateral.

Bloomberg filed suit Nov. 7 under the U.S. Freedom of Information Act requesting details about the terms of 11 Fed lending programs, most created during the deepest financial crisis since the Great Depression.

The Fed responded Dec. 8, saying it’s allowed to withhold internal memos as well as information about trade secrets and commercial information. The institution confirmed that a records search found 231 pages of documents pertaining to some of the requests.

“If they told us what they held, we would know the potential losses that the government may take and that’s what they don’t want us to know,” said Carlos Mendez, a senior managing director at New York-based ICP Capital LLC, which oversees $22 billion in assets.

The Fed stepped into a rescue role that was the original purpose of the Treasury’s $700 billion Troubled Asset Relief Program. The central bank loans don’t have the oversight safeguards that Congress imposed upon the TARP.

Total Fed lending exceeded $2 trillion for the first time Nov. 6. It rose by 138 percent, or $1.23 trillion, in the 12 weeks since Sept. 14, when central bank governors relaxed collateral standards to accept securities that weren’t rated AAA.

Congress is demanding more transparency from the Fed and Treasury on bailout, most recently during Dec. 10 hearings by the House Financial Services committee when Representative David Scott, a Georgia Democrat, said Americans had “been bamboozled.”

Bloomberg News, a unit of New York-based Bloomberg LP, on May 21 asked the Fed to provide data on collateral posted from April 4 to May 20. The central bank said on June 19 that it needed until July 3 to search documents and determine whether it would make them public. Bloomberg didn’t receive a formal response that would let it file an appeal within the legal time limit.

On Oct. 25, Bloomberg filed another request, expanding the range of when the collateral was posted. It filed suit Nov. 7.

In response to Bloomberg’s request, the Fed said the U.S. is facing “an unprecedented crisis” in which “loss in confidence in and between financial institutions can occur with lightning speed and devastating effects.”

The Fed supplied copies of three e-mails in response to a request that it disclose the identities of those supplying data on collateral as well as their contracts.

While the senders and recipients of the messages were revealed, the contents were erased except for two phrases identifying a vendor as “IDC.” One of the e-mails’ subject lines refers to “Interactive Data — Auction Rate Security Advisory May 1, 2008.”

Brian Willinsky, a spokesman for Bedford, Massachusetts- based Interactive Data Corp., a seller of fixed-income securities information, declined to comment.

“Notwithstanding calls for enhanced transparency, the Board must protect against the substantial, multiple harms that might result from disclosure,” Jennifer J. Johnson, the secretary for the Fed’s Board of Governors, said in a letter e-mailed to Bloomberg News.

“In its considered judgment and in view of current circumstances, it would be a dangerous step to release this otherwise confidential information,” she wrote.

New York-based Citigroup Inc., which is shrinking its global workforce of 352,000 through asset sales and job cuts, is among the nine biggest banks receiving $125 billion in capital from the TARP since it was signed into law Oct. 3. More than 170 regional lenders are seeking an additional $74 billion.

Fed Chairman Ben S. Bernanke and Treasury Secretary Henry Paulson said in September they would meet congressional demands for transparency in a $700 billion bailout of the banking system.

“There has to be something they can tell the public because we have a right to know what they are doing,” said Lucy Dalglish, executive director of the Arlington, Virginia-based Reporters Committee for Freedom of the Press.

“It would really be a shame if we have to find this out 10 years from now after some really nasty class-action suit and our financial system has completely collapsed,” she said.

The Fed lent cash and government bonds to banks that handed over collateral including stocks and subprime and structured securities such as collateralized debt obligations, according to the Fed Web site.

Banks oppose any release of information because that might signal weakness and spur short-selling or a run by depositors, Scott Talbott, senior vice president of government affairs for the Financial Services Roundtable, a Washington trade group, said in an interview last month.

“Americans don’t want to get blindsided anymore,” Mendez said in an interview. “They don’t want it sugarcoated or whitewashed. They want the complete truth. The truth is we can’t take all the pain right now.”

The Bloomberg lawsuit said the collateral lists “are central to understanding and assessing the government’s response to the most cataclysmic financial crisis in America since the Great Depression.”

In response, the Fed argued that the trade-secret exemption could be expanded to include potential harm to any of the central bank’s customers, said Bruce Johnson, a lawyer at Davis Wright Tremaine LLP in Seattle. That expansion is not contained in the freedom-of-information law, Johnson said.

“I understand where they are coming from bureaucratically, but that means it’s all the more necessary for taxpayers to know what exactly is going on because of all the money that is being hurled at the banking system,” Johnson said.

To contact the reporters on this story: Mark Pittman in New York at mpittman@bloomberg.net;