Mr Read said the fall in house prices and lack of transactions taking place meant inevitable job losses for staff working on commission – either being fired, made redundant, or voluntarily looking for other jobs because of the lack of income.

Gary Anderson, 38, a partner with Davies & Davies estate agents in Hackney, said everyone in the industry was fearing for their future.

‘We have let someone go and know other firms have done the same. People are worried – prices are down 20 per cent from last year and still coming down,’ he said.

‘It is very difficult now to buy. People have to put down 35 per cent deposits – it is a hell of a lot for people to stump up. 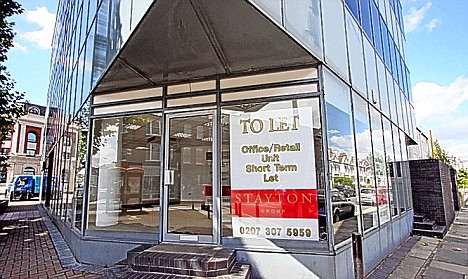 Emma Whitham, 29, a sales manager with Ludlow Thompson in Islington, said the slump in the housing market had led to a 50 per cent reduction in properties on their books.

She said: ‘Prices are lower than they have been for years – we have seen a good 25 per cent drop. Of course people are worried. There is not really a massive amount of job security.’

The 29-year-old said people were too nervous to buy. She said: ‘It is so uncertain what is going to happen to house prices.

‘From 2006 to 2007 there was a massive boom so people got carried away with what properties were worth. It was not sustainable and that is why we have this problem today.’ 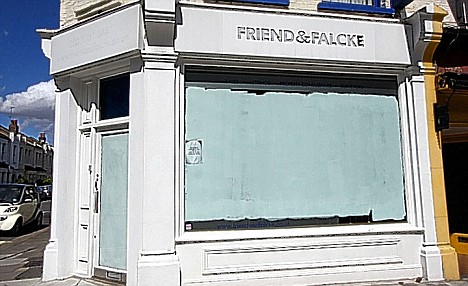 Slump: This estate agents on Kings Road could not drum up enough business

Gina Mackenzie, director at Hamptons in Islington, said their number of properties for sale had dropped from 331 to 105 in the past 12 months.

She said: ‘Clients realise the penny has dropped – the market is not the same as 2006/2007… but in sales you have to be good at your job.

‘It is harder and there will be more casualties, but maybe they are the ones that should not be in the industry in the first place.’

She said that some agents had simply ‘given up’.

‘There is so much lethargy – they act like it is dead and that is madness. It has been a bloody hard year but there is still a market,’ she said.

Chris Brown, president of the National Association of Estate Agents, said the last few months had been like ‘Armageddon’.

Many estate agents were moving into lettings for regular incomes, rather than the high-money commission sales, he said.

Others were looking at becoming independent sales advisers.

He said: ‘The damage has been done, it is make or break. If businesses can’t make it pay now, the only other option is to look at closure. It is a very, very tough time.’

Some leading estate agents are being forced to close some of their flagship branches as the country’s housing market slump deepens.

London has been particularly badly hit with firms pulling down the shutters at offices in prime locations across the capital.