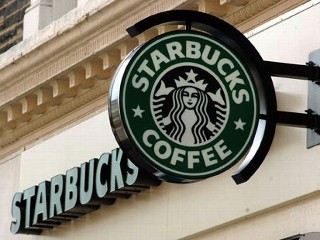 Seattle-based Starbucks said profit in the fourth quarter fell 97 percent to $5.4 million, or a penny a share, from $158.5 million, or 21 cents per share.
(Johnny Green/PA Wire/AP Photo)

The quarter’s results came at the end of a transition year for the coffee retailer, in which former Chief Executive Howard Schultz took back the reins of the company to again fill the CEO and chairman posts.

Seattle-based Starbucks said profit in the quarter fell 97 percent to $5.4 million, or a penny a share, from $158.5 million, or 21 cents per share. The coffee retailer earned 10 cents per share when the costs from closing about 600 stores in the U.S. and 61 locations in Australia are excluded.

Analysts expected profit of 13 cents per share, according to a poll by Thomson Reuters.

Starbucks began shutting the U.S. and Australian stores this summer as part of its nearly yearlong campaign to reverse slowing sales and falling profits at the company. Besides closing the stores, Starbucks has cut more than 1,000 positions – many of which were unfilled – and introduced a slew of new products, including Vivanno smoothie drinks and breakfast pastries.

But all the changes did little to boost sales in the fourth quarter, particularly in the U.S, where the turmoil in the economy took a gulp out of consumer spending.

Revenue rose 3 percent to $2.52 billion from $2.44 billion. Analysts expected sales of $2.58 billion. Same-store sales, or sales at locations open at least a year, dropped 8 percent in the U.S. as fewer customers came into the stores. Those that did also spent less, the company said. Same-store sales were flat overseas.

On a conference call with analysts, Schultz said the company was doing what it needed to get back on track.

“The fourth quarter may have represented a bottoming-out milestone for our company,” Schultz said, echoing comments he made at a leadership conference in New Orleans at end of last month.

He added that sales have improved somewhat in the past few weeks and noted that unlike other “premium” retail chains, same-store sales declines were not in the double-digits in October.

Many restaurant companies have reported steep drops in same-store sales during the month as consumers became ever more anxious about the state of the economy. Ruth’s Hospitality Inc., which operates Ruth’s Chris Steakhouse, reported its same-store sales fell 15 percent, for example.

Schultz said the company’s new breakfast items – meant to entice healthy eaters to try a pastry with their latte – have been successful and that its customer loyalty card program has tapped into consumers’ desire for value.

The card program offers discounts and freebies, including free refills on drip coffee. A new “gold card” program gives customers a 10 percent discount on all purchases. That card costs $25.

Starbucks said it expects 2009 profit excluding one-time costs of between 71 cents and 90 cents per share depending on how steeply same-store sales decline during the year. Analysts predict profit of 87 cents per share for the year.

The company also cut its prediction for international store openings to about 700 net new stores during the fiscal 2009 year, down from its earlier estimate of about 900 net new stores. In the U.S., the company said it will close about 225 stores and open 205 new ones.