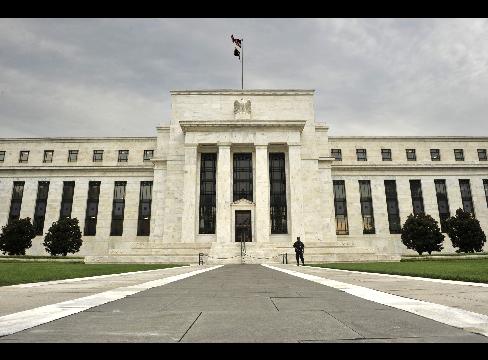 Nov. 10 (Bloomberg) — The Federal Reserve is refusing to identify the recipients of almost $2 trillion of emergency loans from American taxpayers or the troubled assets the central bank is accepting as collateral.

Fed Chairman Ben S. Bernanke and Treasury Secretary Henry Paulson said in September they would comply with congressional demands for transparency in a $700 billion bailout of the banking system. Two months later, as the Fed lends far more than that in separate rescue programs that didn’t require approval by Congress, Americans have no idea where their money is going or what securities the banks are pledging in return.

“The collateral is not being adequately disclosed, and that’s a big problem,” said Dan Fuss, vice chairman of Boston- based Loomis Sayles & Co., where he co-manages $17 billion in bonds. “In a liquid market, this wouldn’t matter, but we’re not. The market is very nervous and very thin.”

Bloomberg News has requested details of the Fed lending under the U.S. Freedom of Information Act and filed a federal lawsuit Nov. 7 seeking to force disclosure.

The Fed made the loans under terms of 11 programs, eight of them created in the past 15 months, in the midst of the biggest financial crisis since the Great Depression.

“It’s your money; it’s not the Fed’s money,” said billionaire Ted Forstmann, senior partner of Forstmann Little & Co. in New York. “Of course there should be transparency.”

The Fed’s lending is significant because the central bank has stepped into a rescue role that was also the purpose of the $700 billion Troubled Asset Relief Program, or TARP, bailout plan — without safeguards put into the TARP legislation by Congress.

Total Fed lending topped $2 trillion for the first time last week and has risen by 140 percent, or $1.172 trillion, in the seven weeks since Fed governors relaxed the collateral standards on Sept. 14. The difference includes a $788 billion increase in loans to banks through the Fed and $474 billion in other lending, mostly through the central bank’s purchase of Fannie Mae and Freddie Mac bonds.

Before Sept. 14, the Fed accepted mostly top-rated government and asset-backed securities as collateral. After that date, the central bank widened standards to accept other kinds of securities, some with lower ratings. The Fed collects interest on all its loans.

The plan to purchase distressed securities through TARP called for buying at the “lowest price that the secretary (of the Treasury) determines to be consistent with the purposes of this Act,” according to the Emergency Economic Stabilization Act of 2008, the law that covers TARP.

The legislation didn’t require any specific method for the purchases beyond saying mechanisms such as auctions or reverse auctions should be used “when appropriate.” In a reverse auction, bidders offer to sell securities at successively lower prices, helping to ensure that the Fed would pay less. The measure also included a five-member oversight board that includes Paulson and Bernanke.

At a Sept. 23 Senate Banking Committee hearing in Washington, Paulson called for transparency in the purchase of distressed assets under the TARP program.

“We need oversight,” Paulson told lawmakers. “We need protection. We need transparency. I want it. We all want it.”

At a joint House-Senate hearing the next day, Bernanke also stressed the importance of openness in the program. “Transparency is a big issue,” he said.

The Fed lent cash and government bonds to banks, which gave the Fed collateral in the form of equities and debt, including subprime and structured securities such as collateralized debt obligations, according to the Fed Web site. The borrowers have included the now-bankrupt Lehman Brothers Holdings Inc., Citigroup Inc. and JPMorgan Chase & Co.

Banks oppose any release of information because it might signal weakness and spur short-selling or a run by depositors, said Scott Talbott, senior vice president of government affairs for the Financial Services Roundtable, a Washington trade group.

“You have to balance the need for transparency with protecting the public interest,” Talbott said. “Taxpayers have a right to know where their tax dollars are going, but one piece of information standing alone could undermine public confidence in the system.”

The nation’s biggest banks, Citigroup, Bank of America Corp., JPMorgan Chase, Wells Fargo & Co., Goldman Sachs Group Inc. and Morgan Stanley, declined to comment on whether they have borrowed money from the Fed. They received $120 billion in capital from the TARP, which was signed into law Oct. 3.

In an interview Nov. 6, House Financial Services Committee Chairman Barney Frank said the Fed’s disclosure is sufficient and that the risk the central bank is taking on is appropriate in the current economic climate. Frank said he has discussed the program with Timothy F. Geithner, president and chief executive officer of the Federal Reserve Bank of New York and a possible candidate to succeed Paulson as Treasury secretary.

“I talk to Geithner and he was pretty sure that they’re OK,” said Frank, a Massachusetts Democrat. “If the risk is that the Fed takes a little bit of a haircut, well that’s regrettable.” Such losses would be acceptable, he said, if the program helps revive the economy.

Frank said the Fed shouldn’t reveal the assets it holds or how it values them because of “delicacy with respect to pricing.” He said such disclosure would “give people clues to what your pricing is and what they might be able to sell us and what your estimates are.” He wouldn’t say why he thought that information would be problematic.

“I’d love to hear the methodology, how the Fed priced the assets,” D’Vari said. “That would unclog the market very quickly.”

TARP’s $700 billion so far is being used to buy preferred shares in banks to shore up their capital. The program was originally intended to hold banks’ troubled assets while markets were frozen.

The Bloomberg lawsuit argues that the collateral lists “are central to understanding and assessing the government’s response to the most cataclysmic financial crisis in America since the Great Depression.”

The Fed has lent at least $81 billion to American International Group Inc., the world’s largest insurer, so that it can pay obligations to banks. AIG today said it received an expanded government rescue package valued at more than $150 billion.

The central bank is also responsible for losses on a $26.8 billion portfolio guaranteed after Bear Stearns Cos. was bought by JPMorgan.

“As a taxpayer, it is absolutely important that we know how they’re lending money and who they’re lending it to,” said Lucy Dalglish, executive director of the Arlington, Virginia- based Reporters Committee for Freedom of the Press.

Ultimately, the Fed will have to remove some securities held as collateral from some programs because the central bank’s rules call for instruments rated below investment grade to be taken back by the borrower and marked down in value. Losses on those assets could then be written off, partly through the capital recently injected into those banks by the Treasury.

Moody’s Investors Service alone has cut its ratings on 926 mortgage-backed securities worth $42 billion to junk from investment grade since Sept. 14, making them ineligible for collateral on some Fed loans.

The Fed’s collateral “absolutely should be made public,” said Mark Cuban, an activist investor, the owner of the Dallas Mavericks professional basketball team and the creator of the Web site BailoutSleuth.com, which focuses on the secrecy shrouding the Fed’s moves.