Major industrialised economies will suffer the worst slump since the 1930s, according to new research from Deutsche Bank. 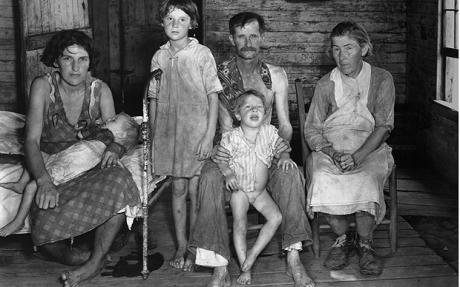 The warning underlines the fact that policymakers have failed to prevent the financial crisis from turning into a full-blown economic slump. It comes as world leaders agreed to hold a summit in New York billed as the “Bretton Woods meeting for the 21st century”.

In its major assessment of the global economy’s health, Deutsche Bank also warned that Britain is even more vulnerable than the US or the euro area, as it predicted that the powerhouses of India and China would fail to support the wider global economy through the downturn.

According to the International Monetary Fund, global growth of anything less than 3pc constitutes a world recession. The warning was echoed by Richard Berner of Morgan Stanley, who said: “A global recession is now under way, and risks are still pointed to the downside for commodity prices and earnings.”

The forecasts came as President George W Bush called a summit of the Group of Eight leading economies for the weeks after the US Presidential Election in order to organise a concerted response to the economic downturn.

Together with French President Nicolas Sarkozy and European Commission President José Barroso, Mr Bush slated a meeting which many think echoes the historic Bretton Woods summit which laid down a structure for the post-war financial system.

However, within minutes of the announcement, significant differences had opened up between Mr Bush, who has insisted that the new deal should not undermine free markets, and Mr Sarkozy, who said: “We cannot continue along the same lines because the same problems will trigger the same disasters. This sort of capitalism is a betrayal of the sort of capitalism we believe in.”

The meeting may take place in the UN headquarters in New York, and the G8, which consists of the US, Japan, Germany, Russia, the UK, France, Italy and Canada, will be joined by others including India and China.

But while politicians are fast turning their attention to the economic side-effects of the financial turmoil, having ordered unprecedented banking system bail-outs worth a combined £2trillion, the credit crisis claims new victims.

South Korea has pledged to guarantee $100bn (£58bn) of bank debts and to pump $30bn into its financial markets. The rescue plan may frighten investors who had assumed that many Asian markets would be largely insulated from the financial crisis. Instead, many emerging markets have suffered in recent months as foreign investors have pulled out, and have been ineligible for key central bank dollar swaps arranged by the Federal Reserves for developed countries.

Meanwhile, Iceland, Ukraine and Hungary are poised to receive support from the IMF.

The United Arab Emirates is reportedly close to injecting a sizable amount of currency into its banks and is considering guaranteeing bank deposits.