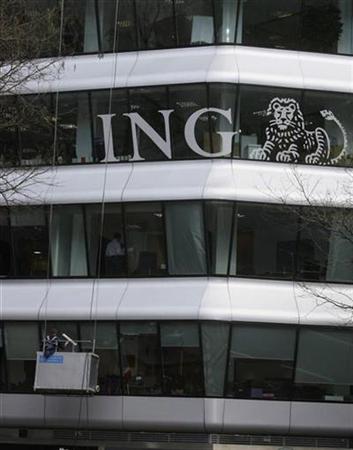 LONDON/AMSTERDAM (Reuters) – Dutch financial group ING is in talks with the Dutch government about a state-backed cash injection estimated to be worth up to 9 billion euros ($12.12 billion), the Sunday Times reported.

The Netherlands’ biggest listed bank, which said on Friday that it was about to announce its first-ever quarterly loss, is expected to announce a deal in the next 24 hours, the paper reported.

ING’s Chief Executive Michel Tilmant was in talks with the Dutch central bank all day yesterday negotiating a deal, the Sunday Times said.

Dutch public broadcaster NOS also reported that ING was working on a plan over the weekend to boost its capital position and that details could emerge on Sunday.

ING declined to comment on the reports on Sunday. A spokesman for the firm said on Saturday that ING was considering several options to shore up its capital position, including taking government money.

As governments around the world have waded in with billions of dollars of state cash to help stabilize their banks, the Dutch government has set aside 20 billion euros to pump capital into its financial institutions.

ING said on Friday it expected to post a net loss of about 500 million euros ($674 million) for the third quarter, its first quarterly loss since the group was formed in 1991. That sent its shares to a 13-year low.

ING’s results had initially proven to be more resilient through the credit crisis than many of its peers, such as Belgian-Dutch rival Fortis, which was broken up earlier this month, partly nationalized by the Dutch government and partly sold off to French rival BNP Paribas.

If ING were to make use of the Dutch government program, it would follow similar steps taken by several British and Swiss banks this week that also tapped emergency funding lifelines from their respective governments.

(Reporting by Will Waterman, Catherine Hornby and Niclas Mika)