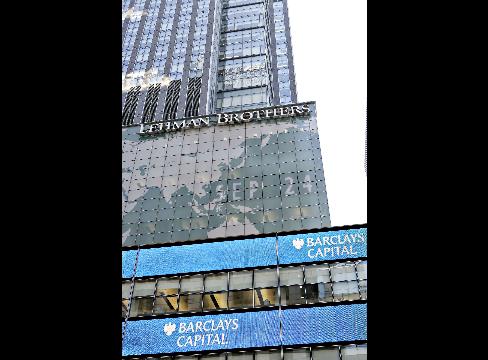 John James, who runs the Chicago-based firm with $25 million of assets, didn’t buy Lehman stock or debt. Instead, his potentially fatal mistake was to rely on the bank’s prime brokerage in London, a unit that provides loans, clears trades and handles administrative chores for hedge funds. He’s one of dozens of investment managers whose Lehman prime-brokerage accounts were frozen when the company filed for protection from creditors on Sept. 15.

“We’re probably going out of business and liquidate, game over,” James, 59, said. “We’ve lost 70 percent of our assets.”

The list of funds trapped in the Lehman morass keeps growing. London-based MKM Longboat Capital Advisors LLP said last week it will close its $1.5 billion Multi-Strategy fund in part because of assets stuck at Lehman, according to an investor letter.

LibertyView Capital Management Inc. of Hoboken, New Jersey, owned by Lehman’s Neuberger Berman unit, told investors on Sept. 26 it had suspended “until further notice” attempts to calculate the value of its funds. LibertyView was not included in the Sept. 29 sale of Neuberger to Bain Capital LLC and Hellman & Friedman LLC.

Managers with a smaller percentage of assets in Lehman limbo include Harbinger Capital Partners, Amber Capital LP and Bay Harbour Management LLC, which are each based in New York, and RAB Capital Plc and GLG Partners Inc., both in London. Olivant Ltd., run by former UBS AG President Luqman Arnold, said today it can’t access a 2.78 percent UBS stake, worth about $1.4 billion, it held at Lehman.

PricewaterhouseCoopers, Lehman’s bankruptcy administrator in the U.K., where its European prime brokerage was based, doesn’t know how much money is at stake. PwC said last month it’s trying to recoup about $8 billion in cash that Lehman’s parent company allegedly withdrew from its European unit before the collapse. It will take weeks, if not longer, to sort out the mess, according to PwC.

The Lehman fiasco is another blow to the $1.9 trillion hedge-fund industry, which is staggering toward the end of its worst year in two decades. Hedge funds fell an average of 5.3 percent this month through Sept. 26, according to the Global Hedge Fund Index compiled by Hedge Fund Research Inc. in Chicago. The index has dropped 10 percent for the year.

Losses on stocks, bonds and commodities will be aggravated as funds write down the value of the assets they had with Lehman.

“Some managers might say, `Let’s just take the bloodbath now’ and write Lehman trades to zero,” said Taco Sieburgh Sjoerdsma, head of research at Liability Solutions Ltd., a hedge-fund consultant in London. “For many Lehman trades it would be very difficult to convince administrators that it’s worth 100 cents on the dollar.”

While clients yanked about 50 percent of Lehman’s prime- brokerage assets in the week before the bankruptcy, at least one, Newport Global Advisors LP, said its request for a transfer to another bank wasn’t completed in time.

The Woodlands, Texas-based Newport, which managed $578 million primarily for pension funds, instructed Lehman on Sept. 10 to move its assets to Credit Suisse Group AG, according to a request for information filed in U.S. Bankruptcy Court in the Southern District of New York. Lehman confirmed the switch was being processed, according to the court papers. It didn’t happen before the bankruptcy was filed on Sept. 15.

Hedge-fund administrators said funds will likely need to record Lehman-stranded assets in a separate account known as a side-pocket, which is set up for securities that can’t be easily valued or sold.

“There’s a lot of people scrambling right now to get as much information as possible,” said Gavin Gray, managing director offshore operations for Phoenix Financial Services Ltd. in Dublin, which administers $12.5 billion in funds. “Administrators don’t have the light to lead people to the right value right now.”

Oak Group used Lehman’s unit in London because it allowed the fund to borrow more than U.S. prime brokers, James said. Operating under different regulatory requirements, European prime brokers have been more generous than their U.S. counterparts, sometimes even within the same parent company, said Michael Romanek, principal at Rise Partners Ltd., which arranges financing for funds from London.

“A lot of U.S. managers would rather deal with Europe than New York,” said Romanek. “Rarely do you see it go the other way.”

James’s account had pledged equity securities as collateral that Lehman then lent to other investors under a practice known as rehypothecation. It’s the fate of that collateral that worries many Lehman hedge-fund clients.

“The assets, once `used,’ were no longer held for the client on a segregated basis, and as a result the client may cease to have any proprietary interest in them,” PwC said in a statement on Sept. 22. Complicating matters is Lehman’s role as a counterparty for derivatives agreements such as credit default swaps.

One executive who used Lehman as a prime broker — and who asked not to be named because his firm is private — estimates that hedge funds had between $50 billion and $70 billion in Lehman prime-brokerage accounts.

“Certainly it’s in the billions,” said John Godden, head of London-based IGS Group Ltd., a hedge-fund investor and consultant based in London. “A lot of the exposure is not just Lehman’s prime brokerage but it’s Lehman as a swap counterparty.”

“A lot of our big clients are spending all their time right now making sure they have their assets in a safe place,” said Hufschmid. “The whole Lehman experience is lessons learned in many ways.”

Some hedge funds, now reduced to creditors, will have a new focus.

“Those funds and fund managers who used Lehman as their prime brokerage and were formerly managing hundreds of different securities, positions or trades in those accounts now find themselves managing a single asset, which is their claim in the insolvency proceeding of Lehman U.K.,” said David Pauker, managing director at Goldin Associates LLC in New York.

Refco’s bankruptcy may be an “inapt” comparison with Lehman’s, according to Richard Deitz, founder of VR Capital Group Ltd., which was Refco’s largest prime broker client with $800 million frozen in that bankruptcy. Deitz, who wasn’t a Lehman customer, recovered all his assets in the Refco bankruptcy.

“If you were a Lehman prime-broker client in Europe, from what I can see you ought to be pretty concerned,” said Deitz from Moscow, where he oversees $2 billion. “Refco doesn’t hold too many signposts for how to think about the Lehman bankruptcy, Lehman is a very different animal.”

For hedge funds, the collapse of Lehman will underscore counterparty risk, and speed decisions to pull assets from prime brokers or banks they perceive as risky.

“Hedge funds tend to have accounts with numerous counterparties,” said Lynn Hiestand, a partner at Skadden, Arps, Slate, Meagher & Flom (UK) LLP in London, who handled Refco’s bankruptcy in the U.K. “Hopefully they haven’t put all their eggs in this one basket.”

To contact the reporter on this story: Tom Cahill in London at tcahill@bloomberg.net