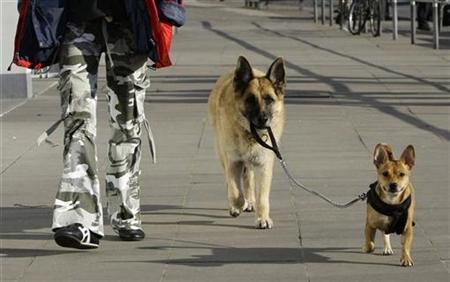 Owners who scoop up their dogs’ droppings and place them in specially marked bins on Petah Tikva’s streets will be eligible for rewards of pet food coupons and dog toys.

But droppings found underfoot in the street and matched through the DNA database to a registered pet could earn its owner a municipal fine.

“My goal is to get the residents involved, and tell them that together, we can make our environment clean,” said Tika Bar-On, the city’s chief veterinarian who came up with the idea for the DNA experiment.

“The sky is the limit on how far we can take this,” she said.

So far, Bar-On said, residents have “reacted positively to the programme and are cooperating because they want their neighbourhood to be clean”.

She said Petah Tikva would consider making it mandatory for pet owners to provide DNA samples from their dogs if the trial programme is successful.