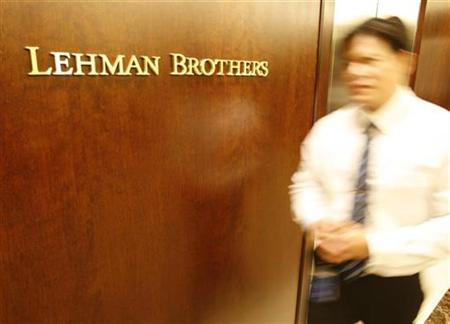 NEW YORK (Reuters) – Lehman Brothers Holdings Inc plans to sell a majority stake in its asset management unit and spin off commercial real estate holdings, hoping to restore investor confidence and ensure its survival after reporting a record quarterly loss of about $4 billion.

“What you are dealing with is a confidence issue,” said Doug Roberts, chief investment strategist at Channel Capital Research in Shrewsbury, New Jersey, “What people are saying is that there has been no resolution of the problem.”

Lehman said it intends to sell 55 percent of a portion of its investment management division, including asset management unit Neuberger Berman and the private equity and wealth management businesses. It said it was in “advanced discussions with a number of potential partners” on a sale.

The company also said it intends to spin off $25 billion to $30 billion in commercial real estate assets into a new publicly traded company, Real Estate Investments Global, in the first quarter of 2009.

The company also will slash its annual dividend to 5 cents per share from 68 cents, saving $450 million a year.

“These are last ditch measures,” said Bill Fitzpatrick, analyst at Optique Capital Management, which does not own Lehman shares. “They’ve tried to raise capital from sovereign wealth funds and others, and that didn’t work. Now they’re selling businesses, which destroys future earnings power.”

Lehman had explored options including selling a stake to state-run Korea Development Bank. On a conference call, Lehman officials said they do not believe they need to raise further capital.

Chief Executive Richard Fuld is under pressure to restore profit after $6.7 billion in losses in the last two quarters. Mortgage losses contributed to $5.6 billion in write-downs in the third quarter in addition to more than $7 billion in earlier write-downs and losses since the global credit crisis began.

“We’re on the right track to put these last two quarters behind us,” Fuld said on the call. He said he remained open to a sale of the company, saying the board would listen “if anybody came with an attractive proposition.”

The net loss applicable to common shareholders came to $4.09 billion, or $5.92 per share, in the third quarter ended Aug 31. Net revenue was negative $2.9 billion, reflecting the write-downs.

Analysts’ average target was a loss of $3.43 per share on revenue of $88 million, according to Reuters Estimates.

Investors want to see “that third parties are continuing to do business with it and not get cut off from capital,” said Michael Sheldon, chief market strategist at RDM Financial. “Hopefully at the end of the day it will be business as usual, although that’s something that will take time to determine.”

Lehman said it has eliminated 1,500 jobs since the end of May, ending August with 25,935 employees.

A capital markets employee who asked not to be named said morale inside Lehman is low, with many colleagues looking for new jobs. “I’ll wait today or tomorrow and make a decision based on the stock price,” he said in an interview outside Lehman’s headquarters in New York.

Another employee, who works on the trading floor and also requested anonymity, recently joined from Bear Stearns. “The whole financial sector is under attack,” the employee said. “Who would have known that everything would collapse?”

Hany Besha, who operates a coffee truck outside the Lehman headquarters, said: “One of my customers told me, ‘I don’t know if I will see you tomorrow or not.'”

Lehman was created in 1850 by three brothers who emigrated from Germany. The Lehmans accepted cotton from local farmers as currency, trading it for cash or merchandise.

The write-downs included $5.3 billion for residential mortgages, $1.7 billion for commercial real estate, and $800 million for other matters. Lehman posted $2.2 billion in gains from hedging and rising debt prices.

Lehman said future residential mortgage write-downs are unlikely. The bank also expects a loss of $760 million from principal investments. It ended August with total assets at 21.1 times shareholder equity, down from a 24.3 multiple three months earlier and 31.7 at the end of February.

“Losses from mortgages have overwhelmed the capital,” said Thomas Russo, a principal at Gardner, Russo & Gardner in Lancaster, Pennsylvania. “The steps required, including the sale of Neuberger, are really quite a drastic turnaround.”

According to analysts, Neuberger could be worth $8 billion in a sale, well above the market value for all of Lehman.

Lehman’s market value on Tuesday was $5.4 billion, less than one-third its book value.