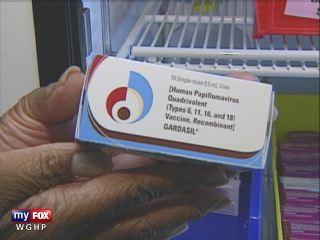 A single dose of Gardasil costs $162, and a complete vaccination requires three doses.

GREENSBORO, N.C. (WGHP) — In order to become a permanent, legal resident of the U.S., immigrants now must receive a vaccine that is not required of U.S. citizens.

The Human Papillomavirus (HPV) vaccine — known as Gardasil — is one of five the U.S. Citizenship and Immigration Services recently added to the required list. The vaccine works to prevent cervical cancer, the leading cause of cancer death in women worldwide.

Ginky-Lee Torres, an immigration lawyer, questions the government’s decision to impose requirements on immigrants that go above and beyond those on citizens.

“If the government is trying to take care of everyone, they should be doing it also with the citizens,” she said. “However, they don’t have the power to impose on you as a citizen what vaccination you have.”

Immigrans must also get vaccines that protect against meningitis and chicken pox, which are highly contagious. HPV is not.

Nya Flomo, who works with refugees, says the requirement is aimed at protecting women who come from countries where access to the vaccine is limited or nonexistent.

At $162 per dose, the three-dose vaccine is expensive. “It’s a financial burden, in addition to every other burden they have financially in the applications,” said Torres.