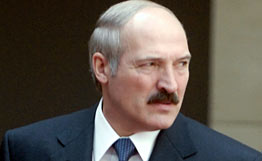 President Lukashenko sent a message Thursday to his Russian counterpart saying his country remained a reliable ally of Russia but calling for the Collective Security Treaty Organization (CSTO) to find a common position on the recognition of Abkhazia and South Ossetia.

“Under the circumstances Russia had no other moral choice but to support appeals of South Ossetian and Abkhazian peoples on the recognition of their right for self-determination in line with fundamental international documents,” Lukashenko said in the message.

The presidential press service said Lukashenko also proposed including the issue on the agenda of the CSTO session scheduled for September 5.

The CSTO is a post-Soviet security alliance that also includes Armenia, Kazakhstan, Kyrgyzstan, Uzbekistan, and Tajikistan.