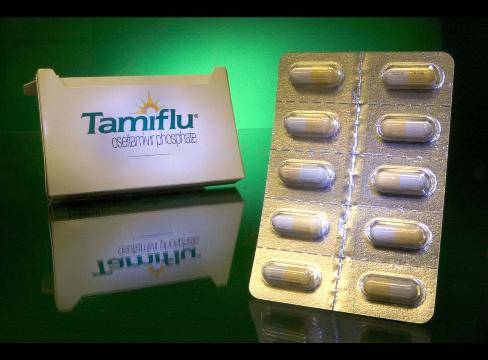 Questions are arising over how long the Tamiflu retro-viral drugs being stockpiled by the New Zealand government — and many other countries — will remain an effective weapon against the next flu pandemic.

Tamiflu-resistant forms of the “ordinary” seasonal influenza are rapidly spreading and the drug may be ineffective in fighting the dominant flu strain in South Africa this winter.

World Health Organisation (WHO) data shows tests on 107 people in South Africa with the H1N1 strain — one of the three most common flu viruses in humans — found all had a mutant bug resistant to Tamiflu, the WHO said in a statement. Only one of the patients was taking Tamiflu at the time of sampling.

Tests on 788 samples taken from H1N1 flu patients in 12 countries, mostly in the southern hemisphere, from April 1 to August 20 found that 242, or 31 percent, had the so-called H274Y mutation associated with Tamiflu resistance, the WHO said.

Southern hemisphere incidence of the mutation in tests on the H1N1 virus ranged from 100 percent in South Africa to 13 percent in Chile, compared with a resistance rate of 16 percent found in 7528 samples tested from the last quarter of 2007 to March 31 in 34 countries, mostly in the northern hemisphere.

“What we’re seeing is the evolution of the resistance gene and the distribution of it throughout the world,” said Christchurch Lance Jennings, a clinical virologist with the Canterbury District Health Board, who is chairman of the Asia-Pacific Advisory Committee on Influenza.

“We have a lot to learn about the molecular epidemiology of influenza viruses.”

The Tamiflu-resistant form of flu has been reported in 40 countries in Europe, North and South America, Africa, Asia and Australia since widespread resistance to the pill was first reported to the WHO by Norway in January.

Until birdflu vaccines are developed for the specific pandemic influenza virus once it evolves and starts spreading — work likely to take three months or more — Tamiflu and another retroviral treatment, Relenza, are the main medical weapons to battle pandemic flu.

Also known by the chemical name oseltamivir, Tamiflu is being stockpiled by the WHO and governments around the world for use in the event of a pandemic, and to treat the H5N1 avian flu strain that has so far infected humans in 15 of the 60 countries to which it has spread.

Last year, Swedish researchers warned that sewage systems do not break down Tamiflu, and that the drug was being discharged in rivers and streams used by the waterfowl thought to be the main carriers of avian flu .

They urged doctors not overprescribe Tamiflu to avoid creating resistance in avian flu carried by ducks. If those viruses combined with other viruses that made humans sick they could mutate into strains resistant to Tamiflu, they said early in 2007.

“Antiviral medicines such as Tamiflu must be used with care,” said Bjorn Olsen, a researcher at Uppsala University: “Otherwise there is a risk that they will be ineffective when most needed, such as during the next influenza pandemic.”

Less than 1 percent of H1N1 virus samples in the US during the 2006-07 northern hemisphere winter showed Tamiflu resistance, and none were found in Japan or Europe.

Some experts had assumed that flu viruses with the mutation were less fit to survive and spread, but the mutated seasonal flu virus now appears robust enough to persist even between flu seasons in the northern and southern hemispheres.

In New Zealand , Health Minister David Cunliffe said earlier this year that 103 of the 1229 treatment courses of Tamiflu the Government had purchased at a cost of $300,000 had reached their expiry dates.