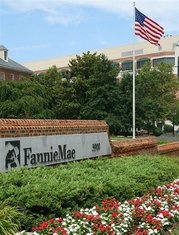 The loss per share was 2.54 dollars, compared with analyst projections of 0.69 dollars, and was mainly attributed to provisions for losses related to the US housing crisis.

The government-sponsored, shareholder-owned company and its twin Freddie Mac, underpin about half the huge US housing market, which is suffering the worst slump in decades.

The federal government threw a financial lifeline last week to the two government-sponsored enterprises, whose stocks have been battered in the housing crisis as investors worried about their solvency.

The aid could cost US taxpayers 25 billion dollars in the next two fiscal years, according to the Congressional Budget Office.

Fannie Mae said the results were driven primarily by an increase in the provision for credit losses that “more than offset higher revenue and fair value gains”.

The company had a net loss of 2.2 billion dollars in the first quarter.

“Our second-quarter results reflect challenging conditions in the housing and mortgage markets that began in 2006 and have deepened through 2007 and 2008,” Daniel Mudd, president and chief executive, said in a statement.

“Fannie Mae is providing stability and liquidity to the housing market in the United States, and we will continue to play a key role as the market recovers from this cycle.”

Mudd cited a series of initiatives Fannie Mae has already taken, including raising more than seven billion dollars in additional capital in the second quarter, “to help us manage through the most difficult US housing market in more than 70 years”.

Given increased volatility in the capital markets and deteriorating credit conditions the company has experienced in July, he said, “we anticipate further increases in our combined loss reserves.

Mudd said the company was taking additional steps to conserve and enhance capital and manage risk, including slashing the third-quarter by 86 percent, from 35 cents to five cents, to preserve 1.9 billion dollars in capital through 2009.