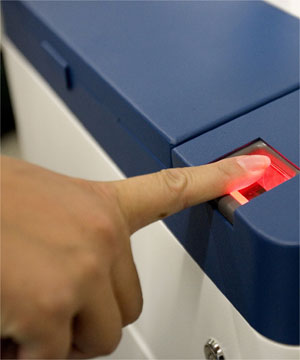 The bill would simplify visa and appeal processes and legislation would be more in tune with New Zealand’s international obligations.

Smith said he had a “lingering concern” that New Zealand might be unable to deport a “bad egg” due to our obligations under the Convention against Torture, which prevents someone being deported to a country where they might be tortured.

“It’s a lingering concern but not a major concern, because the chances of that are pretty remote. We would find ways of dealing with it.”

Smith said the select committee reviewing the Immigration Act 1987 had to balance New Zealand’s security interests against its international commitments such as the Refugee Convention and the International Covenant on Civil and Political Rights.

Although it looked after New Zealand’s risks, it did nothing for people fleeing brutal regimes such as Zimbabwe and Myanmar, she said.

The first draft allowed any government chief executive to classify information that his or her department provided for immigration decisions.

The select committee restricted this so that only the heads of 14 government agencies – including Corrections, the Ministry of Foreign Affairs and Trade, and the Ministry of Fisheries – can label information secret.

Under the bill, information could be classified if, for example, it would reveal the agency’s operational methods or had come from another government on a condition of secrecy. Immigration Minister Clayton Cosgrove said this power was important.

“We have only ever used classified information once in the immigration context,” Cosgrove told the Immigration Law conference in Auckland this month, referring to the detention of Algerian refugee Ahmed Zaoui because of a Security Intelligence Service certificate.

“I don’t think that after the bill is passed, we are going to be rushing out to use it more and more.”

Amnesty International was concerned about the proposed safeguards on classified information, such as providing a summary of it to the applicant.

“If the summary in the Ahmed Zaoui case is anything to go by, it’s worse than useless”, Taylor said.

Smith said the amalgamation of the four immigration appeals tribunals to a single Immigration and Protection Tribunal would streamline the process and save money.

He said if the National Party was elected to power this year it would look at the structure of the immigration service.

“We’re thinking seriously about what’s needed to make it work better. One of the problems is that the head of immigration is not a chief executive,”Smith said.

The immigration service is part of the Department of Labour.