“But, realistically, all ordinary people can do today is try to survive, perhaps by working with friends and neighbors in planting food and living within the underground economy. At least people might not then have to starve to death, because hard as it is to believe that “it could happen here,” widespread famine in the U.S. seems a real possibility over the next several years. Nations take such risks when they allow capitalist agribusiness to destroy local agriculture.” 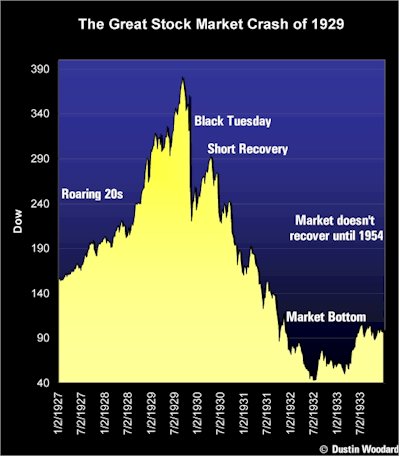 With the economic news of the week of July 14-the continuing crisis among mortgage lenders, the onset of bank failures, the announced downsizing of General Motors, the slide of the Dow-Jones below 11,000-we are seeing the ongoing collapse of the U.S. economy.

Even the super-rich are becoming nervous as cries for an emergency suspension of short selling ring out.

What is really taking place, however, is that the producing economy of working men and women is being crushed by the overall debt burden on households, businesses, and governments that could reach $70 trillion by 2010. The financial system, including mortgage giants Fannie Mae and Freddie Mac, is bankrupt, as the debts it is based on cannot be repaid.

This is because the producing economy of people who work for a living simply can no longer generate enough purchasing power for people either to pay their debts or allow them to purchase what is being sold in the marketplace. In turn it is the debt burden and the loss of societal purchasing power that are crashing the stock market. Thus the collapse of the financial economy has started to destroy the producing economy as well.

It’s a “perfect storm,” the result of a 200-year-old financial system where money is largely created by bank lending and where since 1980 our industry and jobs have been increasingly outsourced abroad to cheap labor markets. Thus domestic incomes have stagnated while the nation’s GDP has not been able to keep up with the exponential growth of debt.

While the mainstream media are blind, deaf, and dumb as to the causes, the victims within the middle and working classes are seeing their livelihoods ruined, jobs taken away, pensions eroded, homes foreclosed on, and are being saddled with ever-increasing debt and forced to work under more and more stress due to rising burdens of taxation, gas and food price inflation, and bureaucratic rules and regulations. The only places a more-or-less normal life may still be possible will be the wealthiest imperial centers like Washington, New York, Houston, Chicago, or San Francisco.

All that the current bailouts being engineered by the Federal Reserve are doing is to create more debt to shore up failing financial institutions. No new wealth is being created. It’s band-aids on band-aids.

The problem politically is that control of the U.S. long ago was turned over to the bankers and the financiers of the Western world. It was called financial “deregulation,” accelerated under President Ronald Reagan, and has run amok since then. From a longer historical view, it’s the same phenomenon that first created and then ruined the British Empire , and it’s what created and is now ruining the American Empire today.

A side-effect of control by the bankers and financiers is that they are also Zionists, so we have the added multi-trillion dollar burden of trying to conquer the Middle East on behalf of the international oil interests and the state of Israel .

The situation has deteriorated sharply since the 1970s as U.S. affairs have been managed on behalf of the financial interests by what you might call the “Three Amigos”-Henry Kissinger, Paul Volcker, and Alan Greenspan. Kissinger, while Nixon’s secretary of state, made the U.S. dependent on the Middle East for oil, lavished billions on Israel ‘s war machine, and created the petrodollar to support our trade and fiscal deficits. Volcker, while chairman of the Federal Reserve, crashed the U.S. producing economy in the recession of 1979-1983, leading to the rise of the “service economy.” Greenspan, during his own Federal Reserve chairmanship, presided over the bubble economy which was created through massive official fraud in home mortgage lending and is now sinking like the Titanic.

The politicians have enabled these financial crimes. Above all it’s been the Bush family which has served as a political Trojan Horse for the financiers for three generations, with affairs having become much worse since George H.W. Bush invaded Iraq for the first time in 1991. The enablers have included a majority of the members of the U.S. Congress. (See the conclusion of Patrick Buchanan’s new book, Churchill, Hitler, and the Unnecessary War for an account of how the U.S. since the Bush I presidency has replicated the catastrophic errors of failed British imperialism.)

The American people are not entirely innocent. We have been so lulled to sleep by the financier-owned media that we have allowed these disasters to take place and are now reaping the consequences. We have been the fodder for their wars and the signers of their loans. We have tried to carve out our own piece of the pie which is now crumbling.

What is taking place is not just the collapse of the U.S. , but more than likely the final crash of Western civilization, since we are the last of the world empires to go down the drain. World War I saw the end of the German, Austro-Hungarian, Russian, and Ottoman empires. World War II saw the disappearance of the French, British, Japanese, and Italian empires, along with Nazi Germany. The Soviet empire collapsed in 1991. The American is next. The danger is that we may lash out and start a nuclear World War III out of frustration and to appease the elitists of the world who see war and famine as their pathway to world control. Such a war would also mean a military takeover domestically to manage the pathetically weak nation that we are becoming.

The bankers and financiers do not care if nations and empires destroy themselves and each other, because they are internationalists. In fact, the more war and mass starvation there is the better off they feel. All they need is a base from which to operate. London has been their main base of operations since the Bank of England was founded in 1694, though they have a strong presence in other nations. They have been especially influential in northwest Europe , where elitism in the form of Freemasonry endeavored since the time of the French Revolution to destroy the authority of the Catholic Church.

In fact, World War I was a project of the Freemasons in dismembering Germany and the Austro-Hungarian Empire, both largely Catholic. This destruction allowed the masters of usury to flourish within the atheistic and materialistic culture that Freemasonry fostered across Europe . World War I also resulted in the virus of Communism, largely egged on by the internationalists and Freemasons, though it had such a tragic impact on Russia and Central Europe before spreading to China and East Asia .

It is theoretically possible that the US as a nation could still save itself through an internal revolution, while playing a much reduced role in the world. After all, England , France , and Italy still exist as shadows of their past greatness. But, realistically, all ordinary people can do today is try to survive, perhaps by working with friends and neighbors in planting food and living within the underground economy. At least people might not then have to starve to death, because hard as it is to believe that “it could happen here,” widespread famine in the U.S. seems a real possibility over the next several years. Nations take such risks when they allow capitalist agribusiness to destroy local agriculture.

On a national level, it is likely that as a response to the economic crisis some attempt will be made by desperate politicians to try to replicate the New Deal, but to do this effectively would require political control by a nationalistic reform party. Even then, additional reform measures such as control of credit as a public utility, a basic income guarantee, and a national dividend would be needed for real economic security to replace the current madness that could soon make the U.S. a relic of history.

Richard C. Cook is a former U.S. federal government analyst, whose career included service with the U.S. Civil Service Commission, the Food and Drug Administration, the Carter White House, NASA, and the U.S. Treasury Department. His articles on economics, politics, and space policy have appeared on numerous websites and in Eurasia Critic magazine. His book on monetary reform, entitled We Hold These Truths: The Hope of Monetary Reform, will be published soon by Tendril Press. He is also the author of Challenger Revealed: An Insider’s Account of How the Reagan Administration Caused the Greatest Tragedy of the Space Age, called by one reviewer, “the most important spaceflight book of the last twenty years.” His website is at www.richardccook.com.