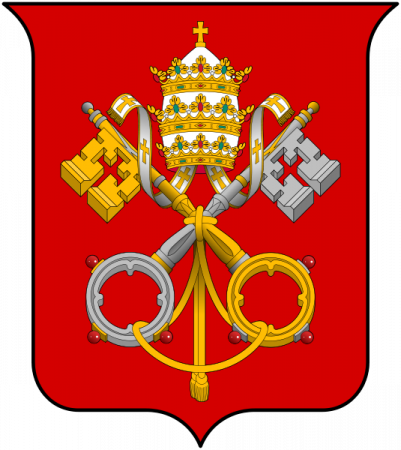 The Vatican has blamed a weak dollar for pushing it into its first loss in four years by undermining the value of dollar-denominated donations by the faithful.

The US currency has fallen sharply against the euro since the start of last year, hitting the Holy See in the pocket as its expenses are incurred in euros. Much of the Vatican’s income comes from donations by Catholics around the world. The US was the largest single contributor to Peter’s Pence – the collection used by the Pope for charitable donations – sending almost $19m (£9.5m).

But the shortfall attributed mainly to the weak dollar was mitigated by a rise of €4m in property income. The Holy See is a major owner of property all over Rome and was criticised last year for raising rents and threatening to evict tenants.

Earlier this year, the Vatican released a new list of mortal sins which included “accumulating excessive wealth”. (Then the Catholic Church will go to hell for sure. Maybe the Holy See needs a divine bailout one day. – The Infinite Unknown)

Estimates of its own wealth vary, with some reports putting it at £4bn. Last year a political row broke out over the tax exemptions enjoyed by the Catholic church in Italy. Under a deal first hammered out in 1929, it does not pay property taxes.

The Holy See’s 2007 budget statement was finalised last week. It showed an overall income of €236.7m, while expenses totalled €245.8m. Before the dollar’s decline hammered its income, the Vatican had recorded three years of profits totalling over €15m. Its media operations, which include Vatican Radio and the official newspaper, lost €14.6m last year.