Chemistry pupils have flunked O-level questions from 50 years ago, deepening fears that the subject is being dumbed down.

The teenagers were unable to answer questions from the 1960s and 1970s set by the Royal Society of Chemistry.

The average mark for the 1960s questions was just 16 per cent. 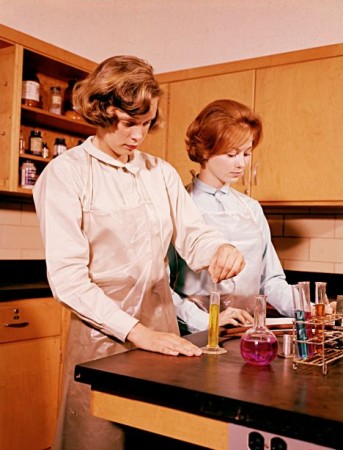 Yesterday, the society warned that pupils are no longer tested in rigorous problem-solving and are instead guided to the right answers.

It said that modern exams use questions that require only one or two lines of working.

Even bright pupils were baffled by many of the old questions, said the RSC chief executive, Richard Pike.

He added: ‘There is no doubt that the clever pupils are as sharp as they ever were, but most are being stifled by an educational system that does not encourage more detailed problem-solving and rigorous thinking.’

Two thousand 16-year-olds from 450 schools entered the online competition, which involved sitting a two-hour paper made up of chemistry O-levels and GCSEs from the past five decades. 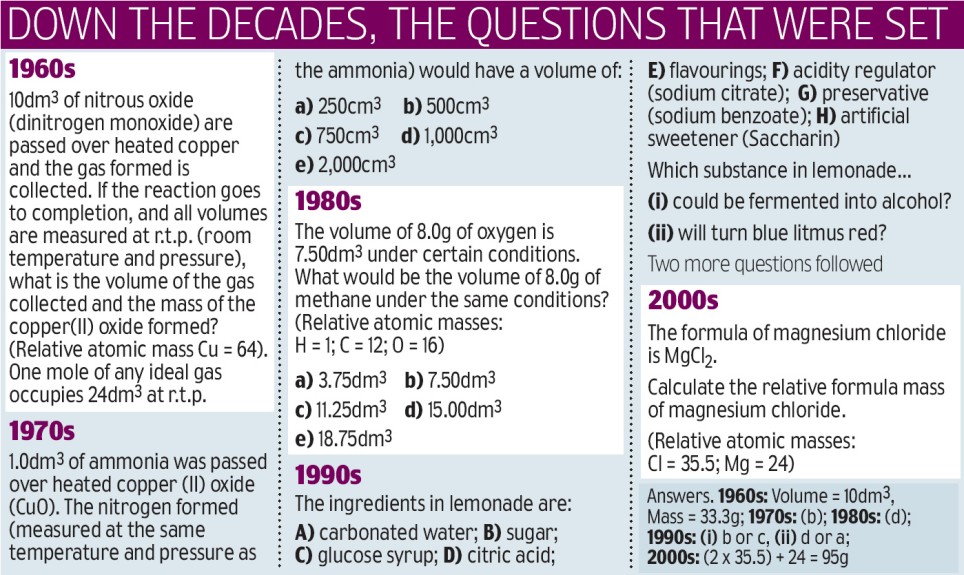 Test your chemistry knowledge: Can you answer these?

Questions from the first three decades came from Olevel papers and for the latter two from GCSE papers – and most required numerical calculations.

Overall, the students scored just 25 per cent. But while the average mark for questions from 2000 onwards was 35 per cent, for the 1960s it was just 16 per cent.

Pupils did better as the decades rolled on, with a big leap between the 1980s and 1990s, when GCSEs replaced O-levels.

One pupil wrote about a ‘ radioactive leek’ while another said a handful of baking soda weighs almost 10,000 times the weight of Earth.

About a quarter of pupils incorrectly suggested that nuclear power was a sustainable fuel.

Last year in GCSE chemistry, 46.9 per cent of candidates achieved an A or A* and 90.9 per cent achieved at least a C.

Mr Pike said the RSC’s test results would be analysed and a report presented to the education and science communities.

A RSC spokesman said the apparent lack of problem-solving skills among pupils is ‘a major issue for universities and employers’, who needed students with these abilities so they could stay internationally competitive.