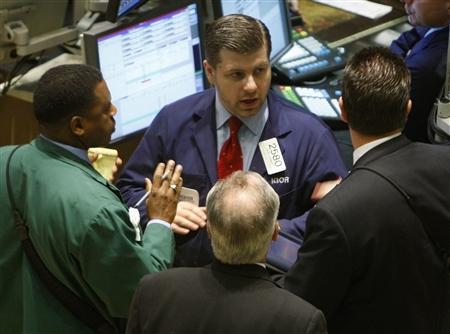 “There is uncertainty about financials as we’re going into the earnings season about what write-offs and capital raising might be needed,” said Bucky Hellwig, senior vice president at Morgan Asset Management, in Birmingham, Alabama.

“There is also concern that as the earnings reports come out, that the projections for future performance for technology may not be as strong due to the weakness in economy.”

Even Alcoa Inc (AA.N: Quote, Profile, Research, Stock Buzz) was unable to hold on to gains a day after the aluminum producer posted second-quarter results that beat analysts’ estimates. Shares fell 2.4 percent to $31.54.

Bank of America’s chief executive said it may feel to some people for the next year as if the economy is in recession.

Analysts are now expecting a 13.5 percent drop in second-quarter earnings of S&P 500 companies, according to the average estimate of analysts polled by Thomson Reuters. That’s compared to the 2 percent drop they were expecting in April.

Declining stocks outnumbered advancing ones by about 2 to 1 on both the NYSE and the Nasdaq.