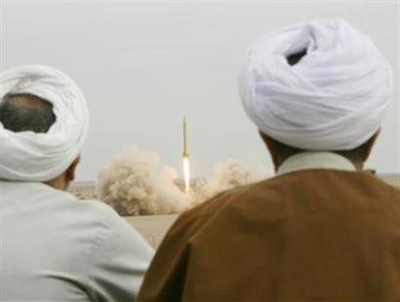 Israel, believed to be the Middle East’s only nuclear-armed power, has vowed to prevent Iran from acquiring an atomic bomb. The United States says it wants to resolve the dispute by diplomacy but has not ruled out military action.

In April, Israel’s Infrastructure Minister Binyamin Ben-Eliezer, who is a former army general and defense minister, told Israeli media: “An Iranian attack will prompt a severe reaction from Israel, which will destroy the Iranian nation.”

Shirazi’s comments intensified a war of words that has raised fears of military confrontation and helped boost world oil prices to record highs in recent weeks.

“We will make the enemy regret threatening Iran,” Mohammad Hejazi, deputy commander of the Revolutionary Guards, was quoted as saying by the semi-official Mehr news agency on Tuesday.

Tel Aviv is an Israeli coastal metropolis of about 2 million people. It was hit in 1991 by Scud missiles launched by Iraqi leader Saddam Hussein during a U.S.-led war with Baghdad.

Unlike other major Israeli cities such as Jerusalem and Haifa, it is home to relatively few Arabs.

The latest Iranian threats had little immediate impact on financial markets in Israel.

“This has no relevance on dollar-shekel trade. I assume if we see a strike, there will be a reaction,” said Neil Corney, treasurer for Citigroup’s Israel office in Tel Aviv.

“All this is sabre-rattling and Israel is trying to pressure the world to put some serious economic sanctions on Iran.”

Joel Kirsch, head of equities trading at the Leader Capital Markets brokerage in Tel Aviv linked a market drop on Tuesday to banks selling off in Asia, not tension with Iran. “The conflict with Iran is somewhat priced into the market,” he said.

Iran has previously threatened to close the Strait of Hormuz if it comes under attack. About 40 percent of globally traded oil moves through the Gulf waterway.

The Revolutionary Guards’ commander of artillery and missile units, Mahmoud Chaharbaghi, said 50 brigades of his forces had been equipped with what he called smart cluster munitions.

“All our arms, bullets and rockets are on alert so that we would defend the Islamic Republic’s territory,” Hemayet daily quoted him as saying.

Senior officials from six world powers held a conference call on Monday to discuss the response Iran delivered on Friday to a revised package of incentives to curb its nuclear work.

The United States, France, Britain, China, Russia and Germany offered the package last month and said Iran must suspend its uranium enrichment work before formal talks on implementing it.

Iranian President Mahmoud Ahmadinejad said on Monday his country would not stop enriching uranium and rejected as “illegitimate” a demand by major powers that it do so.