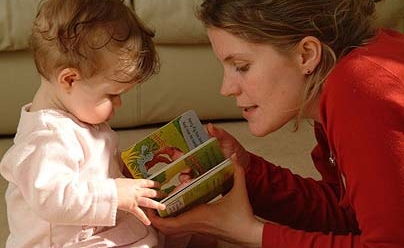 Sweeping new policies set to be introduced in the UK will mandate parents to get government permission to kiss their children or take them to the swimming pool in public, measures that are “poisoning” relationships between the generations, according to respected sociologist Professor Frank Furedi.

A quarter of the entire adult population of the United Kingdom will be mandated to pass a state check operated by a newly formed government agency to have any physical contact with children under the age of 16 in public – including their own kids.

“From next year the new Independent Safeguarding Authority will require any adult who come into contact with children or vulnerable adults either through their work or in voluntary groups to be vetted,” according to a London Telegraph report.

In a think tank report, Professor Furedi highlighted cases where government checks were already being required by schools and other organizations for parents to merely interact with their own children in public.

In one example, a woman could not kiss her daughter goodbye on a school trip because she had not been vetted.

In another, a mother was surprised to be told by another parent that she and her husband were “CRB checked” when their children played together.

In a third example, a father was given “filthy looks” by a group of mothers when he took his child swimming on his own in “a scene from a Western when the room goes silent and tumbleweed blows across the foreground”.

As a result ordinary parents – many of whom are volunteers at sports and social clubs – now find themselves regarded “potential child abusers”.

Despite the fact that cases of child abduction in the UK have steadily dropped since the 1970’s, government fearmongering and media scare campaigns have created the illusion that pedophiles are roaming around everywhere preying on children. Child abuse numbers are also being artificially inflated by charities like the NSPCC – who were caught faking abuse cases to generate cash donations.

In reality, as we have consistently highlighted, by far the highest ratio of child abuse and pedophilia per head is found in government institutions and other state-run programs tasked with “protecting” children.

In this clip, Alex discusses how a culture of pedophilia permeates government and branches of social services, why sex predators are enabled to conduct their activities by using the instruments of state, with a spotlight on cases of abuse in Texas and the U.S. government’s attempts to cover it up.

In America, CPS workers who take children from loving homes and hand them over to child abusers are not even disciplined, while horror stories about the insane actions of Child Protective Services abound.

The CIA and government officials have also been implicated in numerous child sex trafficking rings in the U.S., including a major case that centered around the abduction of Iowa paperboy Johnny Gosch, who vanished without a trace in 1982.

In a recent case, the U.S. State Department was implicated as being involved in a major international child abduction scandal.

On a wider scale, in almost every case of human trafficking for child sex slavery, from Chile to Australia, to Bosnia, to Portugal, to Belgium, court proceedings get shut down or diverted when a clear connection to government officials, politicians and judges arises.

The agenda behind sweeping measures sold as “child protection” is to take away parents’ rights and hand them over to the state, as happened in HItler Germany and other dictatorships throughout history.

Once the state gets its hands on your kids, they can mould them into good little Stasi agents who will gleefully inform on you for the most benevolent of actions, such as the use of minor physical discipline, which can easily be deemed “child abuse”.

At best power mad control freaks – and at worst child abusers and pedophiles themselves – are crafting laws to dictate how parents can behave around their own children. This is one of the fundamental benchmarks of tyranny and a psychological assault on the very foundation of our society.