Private jets could be hijacked and used as ‘vehicle bombs’ to target the public, the Government’s anti-terror chief has warned. 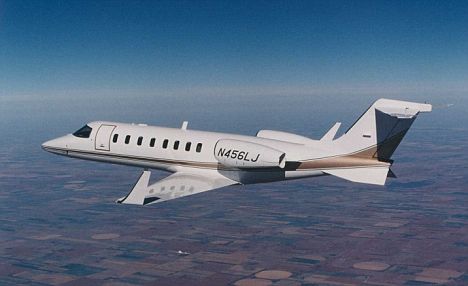 Due to current lax security at small airports, such attacks would be ‘relatively simple’ to orchestrate, according to Lord Carlile of Berriew in report on how the UK is dealing with the terror threat.

The warning, which is detailed in a 60-page review, has sparked fears that Britain has been left open to a terrorist attack similar to the September 11 attacks in 2001 on New York and Washington DC.

Thousands of small, rented planes capable of travelling at high speeds between EU countries and the UK should be subjected to much stricter checks, he has said.

There are an estimated 8,500 private aircraft and up to 500 ‘landing sites’ in Britain – ranging from farmers’ fields to regional airports.

Despite the large numbers of aircraft, security authorities do not make any official checks on who is landing and taking off from Britain’s airfields. 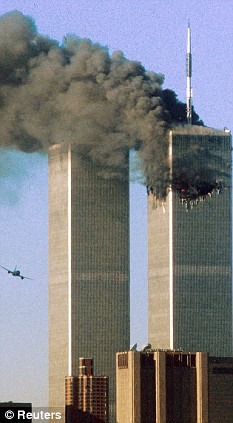 Once an aircraft is airborne it is monitored by the Civil Aviation Authority although it is sometimes not clear where a flight has originated from.

Lord Carlile also said he was concerned about the thoroughness of checks that were made on planes and executive jets which into British airspace every day.

In addition many senior police officers have expressed ‘real anxiety’ over the possibility of light aircraft being launched from small airports in a 9/11 style attack.

He claimed that current security was lax or non-existent in many of them and that as a result terrorism could be conducted with ‘relative simplicity’.

He said senior officers shared a ‘real anxiety [about] the potential use of light aircraft as vehicle bombs against places of public aggregation’.

He said: ‘I know that some knowledgeable police officers and officials have ongoing concerns about the relative simplicity of terrorism conducted in this way, given the very large number of private aircraft and small airfields.’

The report also revealed plans for a new dedicated Border Police force to guard the UK against terrorists, smugglers and illegal immigration.

The 3,000-strong force to work at ports and airports and to protect Britain’s 7,900 miles of coastline and borders, is being pushed by the Association of Chief Police Officers.

After years of dismissing similar calls by the Conservatives, ministers yesterday revealed the startling U-turn and said they would include the ACPO plans in a policy Green Paper due out this month.

Under the plan, the officers would act in the same way that the British Transport Police operate on the UK rail network.

Critics said the move highlighted the weakness of the Home Office’s new UK Border Agency, which was launched in April amid great fanfare combining 25,000 staff from the Immigration Service, Customs and Excise and visa officials – but with no real police officers.

ACPO chiefs are understood to have urged ministers to set up a new police force fearing that the Agency would muscle in on core policing roles – dealing with crime and security issues at ports and airports – thus undermining the traditional independence of day-to-day policing from the Government.

The Home Office document states: ‘The Association of Chief Police Officers have proposed a new model for a single border police force comprising some 3,000 staff.

‘This is being aired in the Police Reform Green Paper […] and wider views sought.’

Ministers opted to exclude the police when setting up the Border Agency as a ‘uniformed force’ earlier this year – a decision which rank-and-file police leaders described as ‘nonsense.’

Shadow Home Secretary, Dominic Grieve , said the Government’s change of heart was ‘long overdue’, adding: ‘For two years we have been calling for a dedicated Border Police Force – something ministers have consistently rubbished.

‘Having dithered, the Government have now realised their error and are trying to play catch-up.’