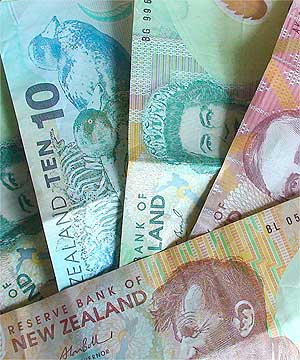 The average Kiwi has to work until smoko time each Wednesday just to fuel up the car and buy the groceries.

Calculations by the Sunday Star-Times show that on the average Kiwi wage of $45,000 a year, a worker needs to toil away for 17 hours a week just to keep their family fed and their car fuelled. That is because food prices have gone up by 11.8 per cent in the past year, while petrol prices have jumped 34 per cent. By contrast, wages for most people have risen by only about 3 per cent.

An average couple with two dependent children can now expect to spend around $244 a week on groceries, plus another $47 a week on petrol (more if they own a second car or a gas-guzzling 4WD). That’s an increase of about $43 on grocery and fuel costs compared with a year ago.

Wages have not risen at the same rapid rate which means more of their income is being swallowed up by necessities each week.

Pinga McDermott lives by herself and is on a relatively high wage for a checkout operator-$13.75 an hour but even so she has to work 23 hours a week at Auckland’s Royal Oak Pak ‘N Save just to pay the $250 she needs for food, rent and petrol. Once other expenses are included she has no money left for savings or any luxuries.

Last July she started a second job as a hospital caregiver to make ends meet. In a normal week she is at Pak ‘N Save for 37 hours and at the hospital for another 15.

“It’s very tiring, but you have to do it for a living,” she says.

Customers at the supermarket are constantly grumbling to her about the increased cost of living: “Every day, all the customers comment on the prices going up, the food prices, the petrol, everything,” she says.

When you do the maths you can see why people are grumbling.

A senior receptionist earns an average of $38,000 a year. By the time tax is deducted, she takes home just $14.87 an hour. This means she needs to work 19.5 hours a week (2.5 hours more than a year ago) just to meet her family’s weekly food and petrol expenses.

By contrast a senior secondary school teacher, earning an average of $61,000 and paying $15,000 in tax, needs to work 13 hours a week to cover costs two more hours than last year.

A backbench MP earning $126,000 before tax needs to work about seven hours a week to cover grocery and petrol costs, while high-paying chief executives earning an average of $300,000 need to do just three hours of work a week.

For most of us, though, the pain shows no signs of abating oil prices rose nearly $US3 a barrel on Friday with international predictions of further hikes. And in Britain, householders squeezed by the credit crunch are being urged to turn to potatoes to keep them healthy, just as an earlier generation did in World War II.