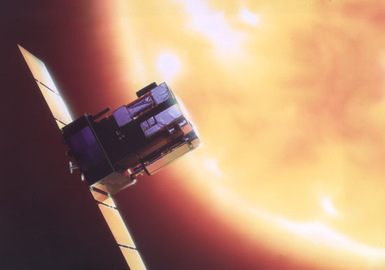 Dark spots, some as large as 50,000 miles in diameter, typically move across the surface of the sun, contracting and expanding as they go. These strange and powerful phenomena are known as sunspots, but now they are all gone. Not even solar physicists know why it’s happening and what this odd solar silence might be indicating for our future.

Although periods of inactivity are normal for the sun, this current period has gone on much longer than usual and scientists are starting to worry-at least a little bit. Recently 100 scientists from Europe, Asia, Latin America, Africa and North America gathered to discuss the issue at an international solar conference at Montana State University. Today’s sun is as inactive as it was two years ago, and solar physicists don’t have a clue as to why.

“It continues to be dead,” said Saku Tsuneta with the National Astronomical Observatory of Japan, program manager for the Hinode solar mission, noting that it is at least a little bit worrisome for scientists.

Dana Longcope, a solar physicist at MSU, said the sun usually operates on an 11-year cycle with maximum activity occurring in the middle of the cycle. The last cycle reached its peak in 2001 and is believed to be just ending now, Longcope said. The next cycle is just beginning and is expected to reach its peak sometime around 2012. But so far nothing is happening.

“It’s a dead face,” Tsuneta said of the sun’s appearance.

Tsuneta said solar physicists aren’t weather forecasters and they can’t predict the future. They do have the ability to observe, however, and they have observed a longer-than-normal period of solar inactivity. In the past, they observed that the sun once went 50 years without producing sunspots. That period coincided with a little ice age on Earth that lasted from 1650 to 1700. Coincidence? Some scientists say it was, but many worry that it wasn’t.

Geophysicist Phil Chapman, the first Australian to become an astronaut with NASA, said pictures from the US Solar and Heliospheric Observatory also show that there are currently no spots on the sun. He also noted that the world cooled quickly between January last year and January this year, by about 0.7C.

“This is the fastest temperature change in the instrumental record, and it puts us back to where we were in 1930,” Dr Chapman noted in The Australian recently.

If the world does face another mini Ice Age, it could come without warning. Evidence for abrupt climate change is readily found in ice cores taken from Greenland and Antarctica. One of the best known examples of such an event is the Younger Dryas cooling, which occurred about 12,000 years ago, named after the arctic wildflower found in northern European sediments. This event began and ended rather abruptly, and for its entire 1000 year duration the North Atlantic region was about 5°C colder. Could something like this happen again? There’s no way to tell, and because the changes can happen all within one decade-we might not even see it coming.

The Younger Dryas occurred at a time when orbital forcing should have continued to drive climate to the present warm state. The unexplained phenomenon has been the topic of much intense scientific debate, as well as other millennial scale events.

Now this 11-year low in Sunspot activity has raised fears among a small but growing number of scientists that rather than getting warmer, the Earth could possibly be about to return to another cooling period. The idea is especially intriguing considering that most of the world is in preparation for global warming.

Canadian scientist Kenneth Tapping of the National Research Council has also noted that solar activity has entered into an unusually inactive phase, but what that means-if anything-is still anyone’s guess. Another solar scientist, Oleg Sorokhtin, a fellow of the Russian Academy of Natural Sciences, however, is certain that it’s an indication of a coming cooling period.

Sorokhtin believes that a lack of sunspots does indicate a coming cooling period based on certain past trends and early records. In fact, he calls manmade climate change “a drop in the bucket” compared to the fierce and abrupt cold that can potentially be brought on by inactive solar phases.